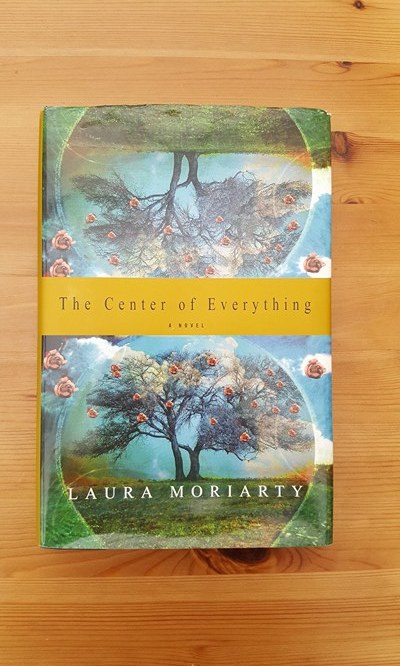 It’s been a while since my last book review here on TumbleweedWrites, and I’ve always considered the sharing my reading adventures to be the backbone of the blog. Life has been a little crazy recently. I’ve got a new job and I’m still getting used to being on my feet for 9 hours every day. The physical nature of the work threw my writing schedule out of kilter for a week or two, but now I’ve restructured my schedule and settled into a new routine. I write in the evenings and on the weekends, and I read whenever I get a chance- usually on my lunch break. I should have finished this book a good month ago, but I struggled to distribute my energy in several directions at once. But I think having this new job has made me a better reader- I’ve got less free time than I had when working at the pub or traveling the USA- and it’s when you are faced with such obstacles that you become more efficient. So as soon as the boss would holler “Break time, lads,” over the din of power drills, claw hammers and thrash metal, I’d open my book as fast as I could and get reading. 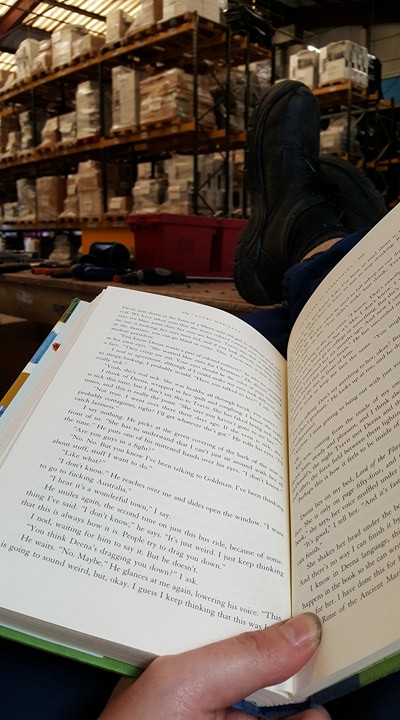 But what have I been reading exactly? For a while now, I have been borrowing books from my American roommates and trying to get a little book club going. Faithful readers of my blog will remember that last summer Anne-Marie lent me her copy of The Husband’s Secret by Liane Moriarty. It was an excellent read, and it was made all the more enjoyable by having my best friend around to discuss it with. Anne-Marie would get home from the clinic and I’d be like “Oh my God, Tess totally just slept with that P.E teacher.” As I stated in my review for that novel, Anne-Marie is a big Liane Moriarty fan. While she was out at the bookstore one day looking for more Moriarty novels, she was ecstatic to find one she hadn’t yet read: a beautiful hardback called The Center of Everything. It’s a gorgeous-looking book, with a striking cover of an inverted tree with big flowers on its branches. I can see why my roommate grabbed it instantly. It was only later that she realized that it wasn’t a Liane Moriarty book at all. The name on the cover in fact read Laura Moriarty. This, however, turned out to be one of the best mistakes Anne-Marie had ever made.

Before I left Texas, she lent me this beautiful mistake. I got home, and I let my mom read it first as I worked through my backlog. My mom is a thoroughbred reader, and breezed through the novel in a couple days as she relaxed poolside in the Cretan sunshine. Before she even finished it she was filling my lughole with snap reviews about how great the book was, how the writing style reminded her of To Kill A Mockingbird, and how I had to read it as soon as humanly possible. After enduring several months of these frenzied reminders, I decided that the time was right to read- and blog- about this other Moriarty the women in my life were raving about.

The Harper Lee comparison is an apt one. The Center of Everything is a blue-collar coming-of-age story set in 1980s Kansas. It follows the life of Evelyn Bucknow from middle school to college as she lives with her mom Tina in a low-income apartment complex off a highway. I’m drawn to character-driven novels, but this one might just take the cake. I can’t remember reading a book with such complex and compelling characters. The fact that this isn’t a memoir astounds me. If you just picked this book up off the floor and started reading without knowing anything about it, you would assume that all this stuff actually happened. Every character is just so vividly brought to life- from Evelyn’s troubled, curly-haired crush Travis to her zealous, Bible-believing grandma Eileen. In many ways the novel is about how each of these quirky personalities has an effect on the way Evelyn sees the world. It’s exactly the kind of book I want to be reading, because it examines the minutiae of human behavior and how we are all sculpted by our experiences, our circumstances, and our peers.

What Moriarty does so well is weave the overarching themes of the novel into almost every scene. It’s an example of masterful storytelling; each scene feels like the natural consequence of the last, nothing contrived or out of place, and yet each one exists as a microcosm of the novel as a whole. Evelyn’s life is a patchwork of hormones, intellectual curiosity, poverty, the need to be loved, the search for identity, and the tendency of the human psyche to desire simple, absolute truths in a world of infinite complexity. In short, it’s about growing up. I think almost anyone can relate to Evelyn at some point. This book captures adolescence with a razor-sharp authenticity. It’s a book that’s both hilarious and poignant in equal measure, but above all it’s a book with a big heart. As good as it was, The Center of Everything was actually a struggle to read for me sometimes; not because it was hard to understand, but because I was so invested in it that my eyes kept jumping ahead to the next paragraph or the next page. It’s never really happened to me before, but I had to physically stop myself from spoiling the events of the novel and making sure I read every line. My eyes just wouldn’t behave. As a writer, this book was both inspiring and demoralizing. Inspiring because it was just so well-crafted, and demoralizing because every time I finished reading I did so with a sigh and a pang of despair that I could never write anything as good as this.

Moriarty states that a book that influenced her writing of The Center of Everything was Carl Sagan’s The Demon-Haunted World, and I can see how. Carl Sagan was one of the most brilliant minds of the 20th century, and an important proponent of the skeptical movement. In The Demon-Haunted World he stresses the importance of critical thinking and maintaining a skeptical disposition. He makes clear distinctions between science and pseudoscience, and that any idea should be able to stand up to rigorous scientific and skeptical testing before it can be accepted as valid. They’re important values for our society moving forward, and ones I absolutely hold dear to my heart. It reminds me of my old philosophy professor from college who said “While everyone has the equal right to an opinion, not all opinions are equal. If one theory states that we evolved from apes and that we can measure this evolution by examining fossil data, and another states that God made us, because a dusty old storybook called the Bible says so, then the former is clearly a better opinion.” Throughout the novel Evelyn is torn between the liberal professors that feed her burgeoning passion for science and her grandma Eileen’s religious doctrine. As the school debates whether to teach evolution or not, Eileen cries that it’s unfair to teach the kids one theory and not the other. The scene reminded me of my professor’s words.

I didn’t like the character of Eileen, because she seemed to represent the sinister nature of organized religion. She’s sweet and smiley in appearance and voice, but when you listen to her views you realize that she’s a shockingly hateful and bigoted person. It’s difficult for Evelyn to reconcile Eileen’s kindness and generosity with her subscription to a belief system that castigates homosexuality and pre-marital sex as being evil. In contrast, Evelyn’s free-spirited mom Tina preaches nothing, but practices tireless love. To my mind, she emerges as the true heroine of the narrative. She can be childish and impractical, but she has a heart of gold. The crux of the novel, I believe, is Evelyn’s journey to understanding that no one is wholly good or bad, that in every person’s wake there lies a trail of bad decisions, hypocrisy, and the search for truth.

3 Replies to “The Center of Everything by Laura Moriarty”