It’s Christmas Eve! Which, for TumbleweedWrites, means it’s time for my annual Top 10 Movies of the Year. It’s been an excellent year for cinema, and I’ve spent a great deal of time narrowing down all the films I’ve seen into a definitive Top 10. I’ve been to the cinema more times in 2018 than any other year, so these 10 that I’ve picked really are the crème de la crème. As per usual, this post is best accompanied with a mince pie, tall glass of milk, and some kind of roaring hearthfire.

As I said, I’ve seen a lot of movies this year. There are a couple of movies that didn’t quite crack the top 10, but are still interesting enough that I want to give them a shout-out. Namely: Outlaw King and Unsane. I was hesitant about watching Outlaw King because I assumed it would be a glossy hack-n-slash flick that was more interested in over-the-top battle scenes than exploring a historical era. I love Gladiator and Troy, but I’m worried that a lot of movies set in Ancient and Medieval time periods are more concerned with spiky balls on the ends of chains than they are character development, sociopolitical insight, and historical accuracy. I’m proud to say I was wrong about Outlaw King. It strikes a healthy balance between artistic license and respect for history. Overall it’s a well-acted and nuanced film that skillfully avoids cliché to focus on telling one of the most interesting stories from Scottish history. 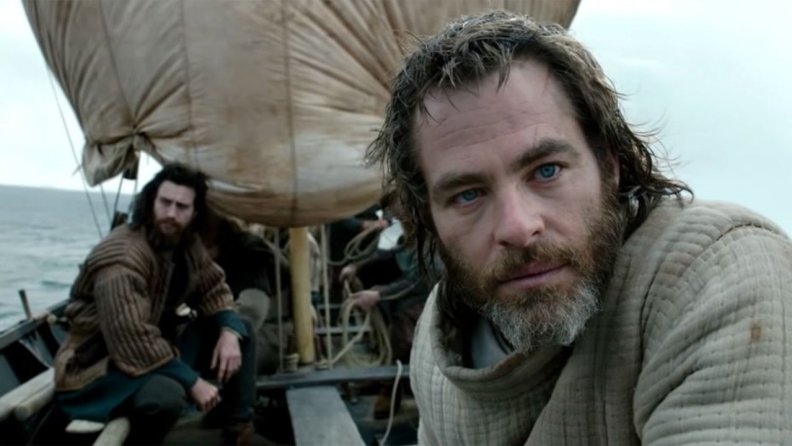 Unsane, on the other hand, is a movie I had no preconceptions of. I watched it during a plane ride from London to New Orleans and I actually really enjoyed it. It’s a very disturbing picture- in both its themes and its cinematography. There’s something about its tight camera angles and muted color scheme that makes me uncomfortable. Claire Foy does an excellent job in her portrayal of a stalking victim that gets locked up in an asylum for unknown reasons. 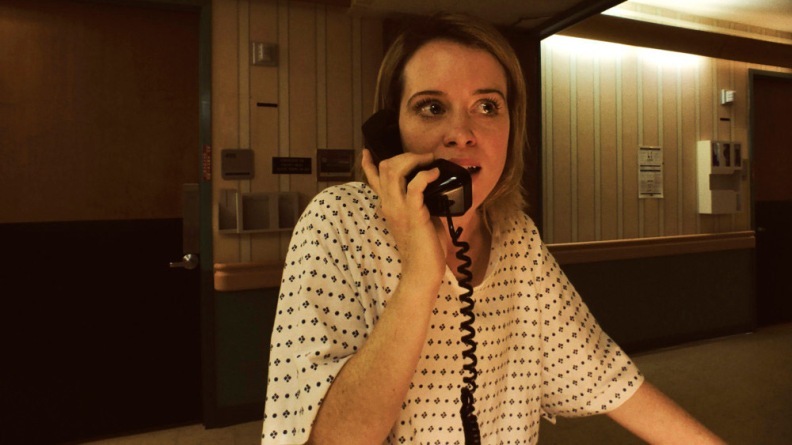 #10 The Ballad of Buster Scruggs

The western genre is one of my favorites in all of cinema, so naturally I get excited whenever I hear of a new one coming out. The Ballad of Buster Scruggs isn’t my ideal type of western, but it’s a refreshing twist on the formula. In general, my favorite westerns are ones with these epic, sweeping narratives- ones where there’s a real sense of struggle. The Ballad of Buster Scruggs– being an anthology of unrelated vignettes- isn’t that. But the format works for the Coen Brothers’ quirky style and offbeat sense of humor. Not all of the stories are equal in my opinion, and which one you take to probably comes down to your personal tastes. I enjoyed “The Gal Who Got Rattled” best of all. Somehow it has the scope and feel of a feature length film. My least favorite was “All Gold Canyon”. As a whole, the film is an interesting and unique take on one of my favorite genres, but the stories within are a mixed bag.

Loveless is a film that’s as much about a mood as it is its characters. On the one hand it’s a story of a boy that goes missing during his parents’ vitriolic divorce- and yet its focus doesn’t remain on them exclusively. The movie seems more interested in conveying a wider sense of malaise in contemporary Russian life. The film achieves this with its gorgeous cinematography, lighting, and gray color scheme. There’s just something bleak and existential about it. It’s about modernity, it’s about people that can’t communicate, it’s about the alienation of individuals in Putin’s political climate- it’s about all of this rather than the boy that goes missing. This is intentional I think- the child’s well-being isn’t given the attention it deserves in both the world of the film and in its themes.

Unlike The Ballad of Buster Scruggs, Hostiles is very much in the style of the westerns near and dear to my heart. It’s dark, gritty, and bleak, with a heavy emphasis on realism. Christian Bale and Wes Studi are reliably excellent in their respective roles, and I found myself quite invested in their characters. Bale plays a grizzled cavalry officer whose hatred of Indians is born out of the gory history he shares with Studi’s character- a Cheyenne war chief. He reluctantly agrees to return the imprisoned chief to Montana so he can die peacefully in his homeland. Naturally, this creates for some rather effective tension. Their journey across the country forces them to confront their differences and their preconceptions, and there are some truly riveting action scenes in there too. I particularly liked the nuanced ending, which the film builds towards with a careful and well-executed pace.

Although not quite as exciting as There Will Be Blood, Daniel Day Lewis’ understated and steadily-paced final movie is the perfect send-off for the greatest actor of his generation. The sense of presence he brings to his roles is so powerful that he can take your breath away with just a look. Even when he’s not playing a psychotic oil tycoon, he just has this aura that’s arresting. This movie illustrates the range of his talent so well, in that the character he plays is a complex, narcissistic, compulsive genius whose strict sense of order and obsession with routine is completely turned on its head by a feisty woman that’s determined to love him.

I really liked this movie! From a stylistic point of view it reminded me of Scorsese somewhat. Its eclectic mixture of humor and tragedy is conveyed in a really interesting way with mockumentary interviews, fourth wall breaks, and this fleeting narrative style. It’s a movie that I think can only really work if it’s a masterpiece. Without a clever director, skilled cinematographer, and stellar performers, I think this idea would fall flat. I, Tonya gets everything right, and is executed so well that the comedy and the tragedy are equally effective without impeding on one another. The fat guy that wants everyone to think he’s a secret agent is side-splittingly funny, and you kinda end up liking him even though what he does is pretty despicable.

#5 Bad Times at the El Royale

I went to see this movie for my birthday with my kid brother and it was a gas. This stylish thriller channels The Hateful Eight and Pulp Fiction in a slick, 60s-counterculture atmosphere. The movie is just damn good fun and even though it’s fairly long, it’s engaging and exciting from beginning to end. I’m a big fan of stories with multiple, overlapping story threads, and the setting of a roadside hotel that’s half in California and half in Nevada is really interesting. The line that marks the state boundary is also a clever motif for the film’s themes of morality, and the gray area that runs through that dichotomy. 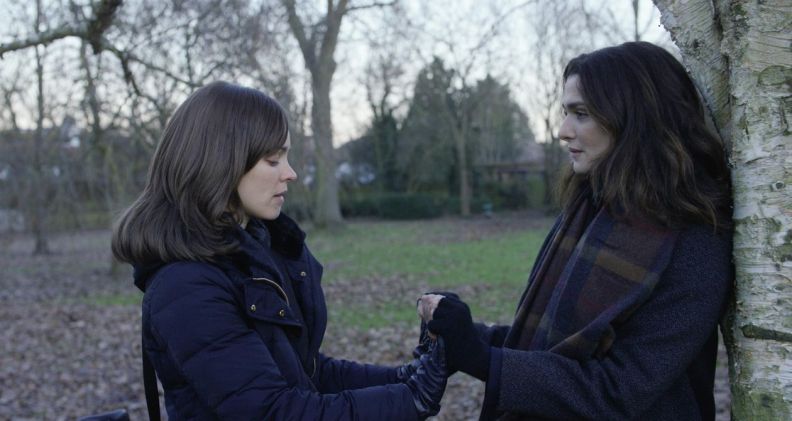 I went to see Disobedience at the Watershed Cinema in Bristol, which is my local go-to for arthouse movies. This beautiful motion picture tells the story of an illicit affair between two women in an Orthodox Jewish community in North London. It’s a really nuanced and complex character-driven drama with some truly outstanding performances from its three main actors. The claustrophobic cinematography highlights the struggle of Rachel McAdam’s character as a gay woman and a devout Jew. This film is both heart-wrenching and heart-warming and deals with its challenging subject matter with a mature and sophisticated sensitivity. There are no heroes and villains here- the primary characters all come across as exceedingly authentic.

When I heard that the Watershed was showing a Hungarian picture I leapt at the chance. I watched the film with my parents in the cinema’s smallest room with about 20 other people. 1945 is set in- you guessed it- 1945, in the months after Hungary was liberated by the Soviets in WW2. The plot is simple but so effective. There are no main characters at such, but the action begins with the arrival of two Jews in a rural town. The townsfolk become suspicious of their intent, and as they slowly walk from the train station to the center of the village, the entire town unravels.

#2 You Were Never Really Here

I was certain- both before it came out and after I watched it- that this would end up as my Film of the Year. It promised to be a masterpiece and it is. Lynne Ramsey is turning into one of my favorite modern filmmakers. In terms of how it puts its pieces together, this is probably the most interesting entry on this list. Ramsey leaves a lot unsaid, utilizing fleeting images and a surreal, dreamlike use of cinematography to tell a minimalist narrative. There are echoes of Taxi Driver, as Joaquin Phoenix plays a troubled military vet who works as a kind of vigilante-hitman, taking the law into his own hands and earning a living clubbing in douchebags with a ball-peen hammer. As I said, this is a title worthy of top spot, and would certainly be taking home that honor if it weren’t for… 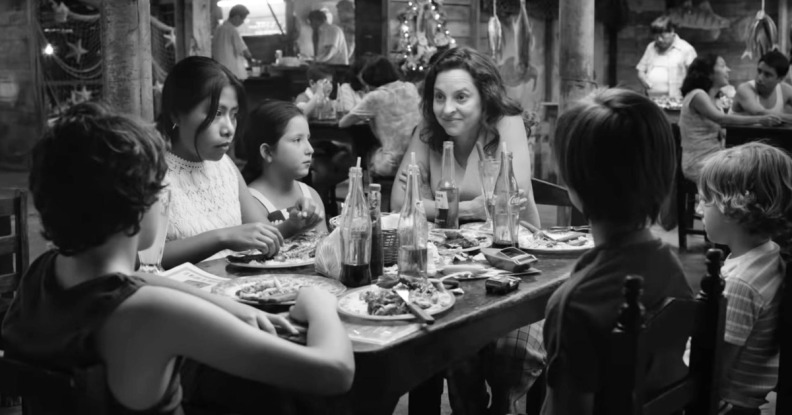 I can’t not give the TumbleweedWrites Film of the Year Award to Alfonso Cuaron’s colossal, larger-than-life, career-defining magnum opus, Roma. Based on his experiences growing up in the bourgeois neighborhood of Colonia Roma in Mexico City, this film tells the story of a live-in maid to a dysfunctional, middle-class family in the early 1970s. It’s hard to think of a component of storytelling that Cuaron doesn’t absolutely nail in this epic drama. It’s funny, it’s poignant, it’s quirky, it’s atmospheric, and above all it’s just real. It’s not just the story of the au pair, but of the director’s own childhood, as Cleo’s story intersects with various historical events and random encounters too weird not to have come from Cuaron’s personal memories. If there’s any film that’s come out this year that you need to see before you die- it’s this one. Absolutely mesmerizing from start to finish!