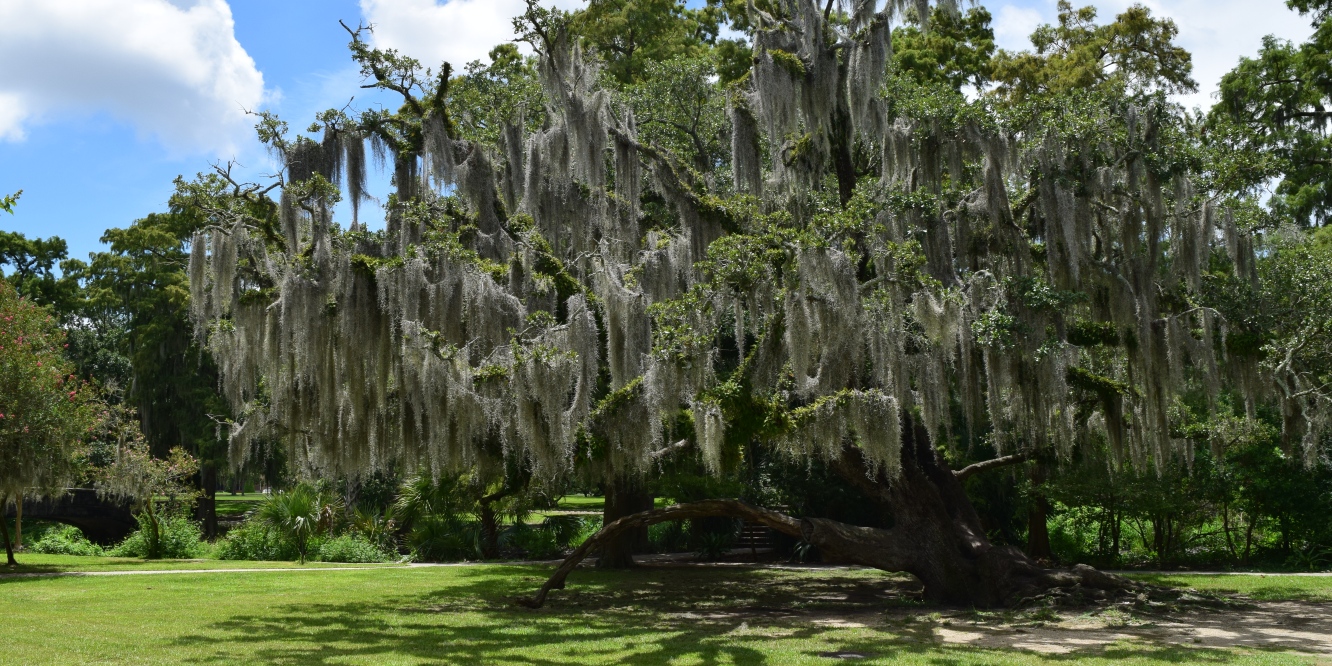 My first stop in City Park was the New Orleans Museum of Art. The temperature in NOLA had been steadily increasing since my arrival, and at this moment I felt like I was getting a taste of Louisiana’s tropical climate for the first time. I had barely been in City Park five minutes and already I could feel myself longing for the air con of the museum ahead.

Like most of the museums in New Orleans, the Museum of Art is big enough without being too big. It’s not one of those labyrinthine monstrosities like the Louvre or the Victoria & Albert, where you have to prioritize what exhibits you like best. How long you spend here more or less depends on your interest in the pieces themselves. I decided to take my time and try to think about the pieces I found most striking. My interest in art has massively increased this year. I’m Pinteresting the shit out of my favorite Renoir paintings, I’m watching Youtube videos on the meaning of Edward Hopper’s work, and my appreciation for modern art forms has grown exponentially. My favorite exhibit in the museum was that devoted to the Storyville Photographs, a haunting series of portraits taken by John Bellocq in the 1910s of the city’s famous red light district. In many of the Storyville Photographs, the faces of the nude prostitutes have been scraped out, and in others, the women are wearing masks. It remains a mystery why exactly the faces were obscured, and whether it was Bellocq himself or someone else. 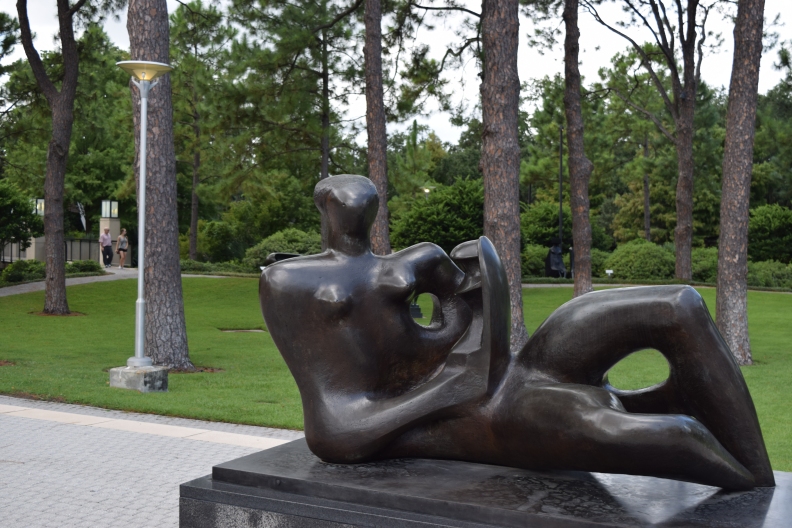 Upon leaving the museum, I walked the short distance across the canal bridge to my next stop: the Sydney & Walda Besthoff Sculpture Garden. I liked the sculptures on show here; there was something twisted and macabre about them that made me think that each one revealed some kind of repressed trauma on the part of its creator. The giant spiders looked like Castlevania bosses before the textures had been added in. There was one statue of a man smiling as birds pecked away at his skin, eating him alive. I saw what looked like a torii gate with a Japanese guy hanging upside down which disturbed me to no end. And the horse skeleton fashioned out of gnarled branches was suitably reminiscent of the zombified horse the Night King rides upon. Even though I’m more interested in paintings than sculptures, I couldn’t help but feel that the latter was the more powerful medium. If I wanted to convey something that would ignite a discussion, I think I would hire a sculptor before a painter. I think the way sculptures are right there in front of us, existing among us, instead of hanging on a wall, makes them really striking and expressive. It seems less passive and more demanding of one’s attention. 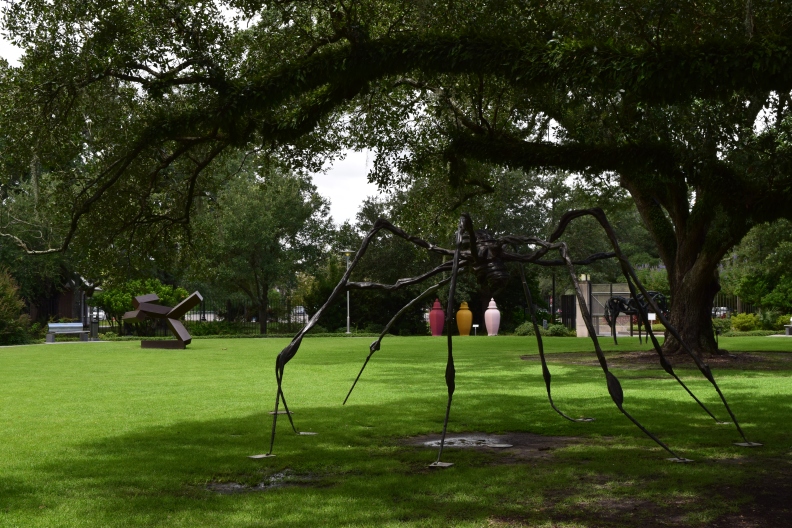 I left the garden and went south, feeling now quite parched. I ended up at the Morning Call coffeehouse where I got myself a Powerade and some shaved ice. I then continued south, going past the bandstand and over another canal bridge to the Historic Oak Grove. There I walked in solitude beneath a canopy of Spanish Moss, admiring the dramatic, spiderlike growths of the live oaks. I stopped briefly at Goldfish Island before crossing the canal and going north again. 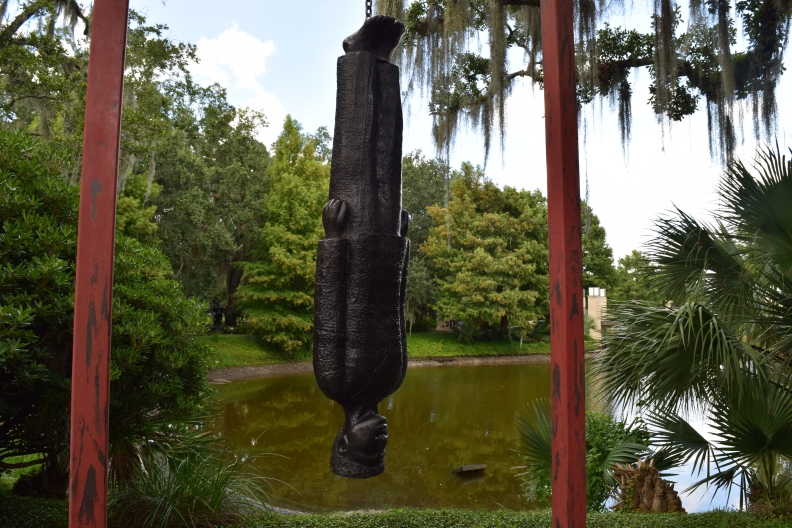 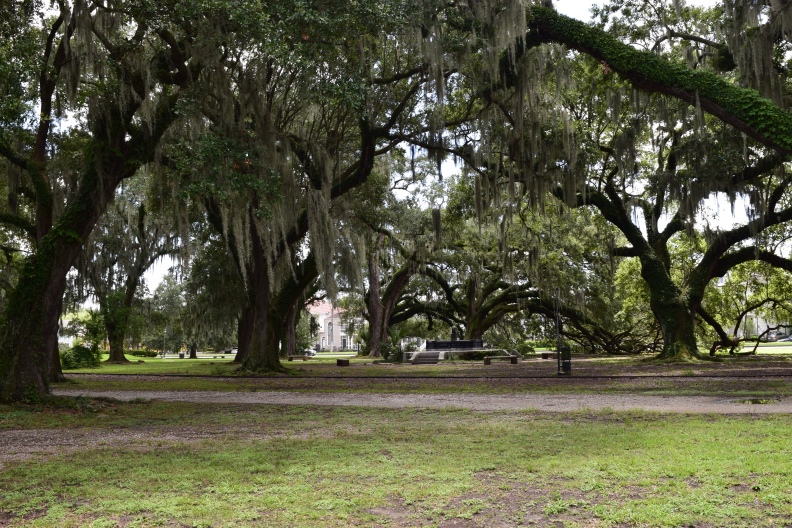 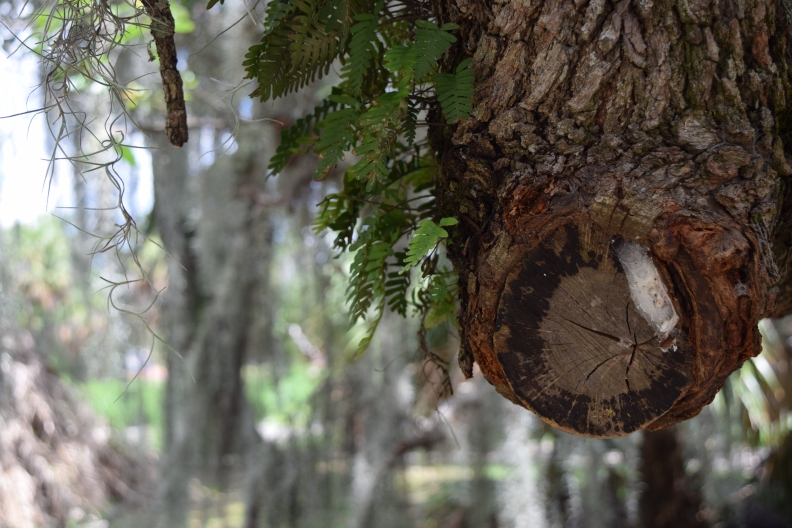 My next destination was the New Orleans Botanical Gardens. The gardens here are lovely, with sections that reflect both the English desire to illuminate the wild beauty of nature and the French philosophy of ordering it into geometric symmetry. There were fountains, statues of lovers fondling each other in bushes, bamboo groves, and a greenhouse full of cacti. The garden was awesome, and as I stood before the range of bright flower-heads, I thought to myself that even the most beautiful painting would fall short of the splendor of nature. Gardens are an interesting form of art, for the reason that they are neither wholly natural nor wholly man-made. A garden is the intersection between the floral world and the human mind. They represent the unique ego of our species, which attempts to remake the world according to our desires. Even the English gardening style, which celebrates the randomness of nature, is built around framing certain aspects of it according to the vision of the gardener.

At this point I had grown tired. I wanted to see more of City Park but I wasn’t sure what else to do. I was very hungry and couldn’t see any restaurants in the vicinity. I knew that the park continued northwards, stretching all the way from Mid-Town to Lake Pontchartrain, but I didn’t see anyone heading that way, nor any clear path there. The green fields and live oaks just seemed to go on forever. Unsure, I walked north, abandoning the sidewalk and continuing across the grass. The ground beneath my foot was hard and dusty and I got stones in my sandals. I reached an empty, quiet road through the park that went past a deserted stadium. I kept going, hoping to stumble across another attraction, but there was nothing in sight. I was moving away from the touristy areas. Eventually I said screw it and headed back to the museum, where I stumbled upon the Zemurray Trail that loops around Big Lake toward the streetcar stop. It was at that moment I thought to myself: Big Lake? City Park? Who named these places, an accounting intern dying of boredom? 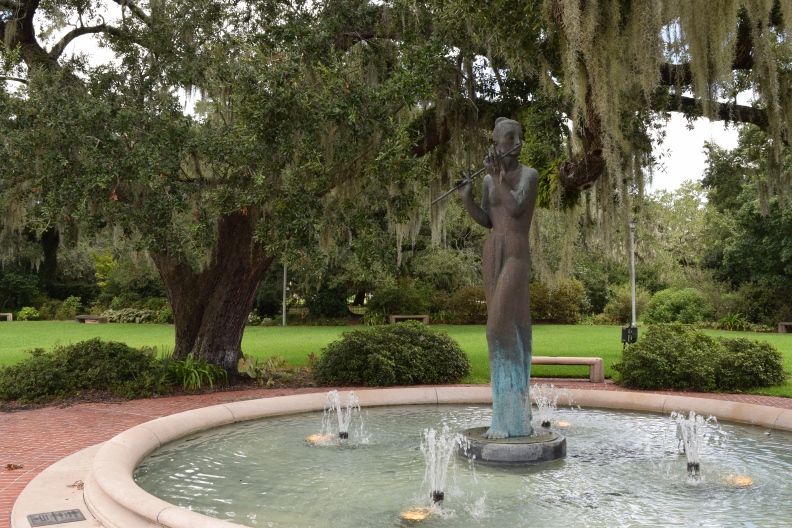 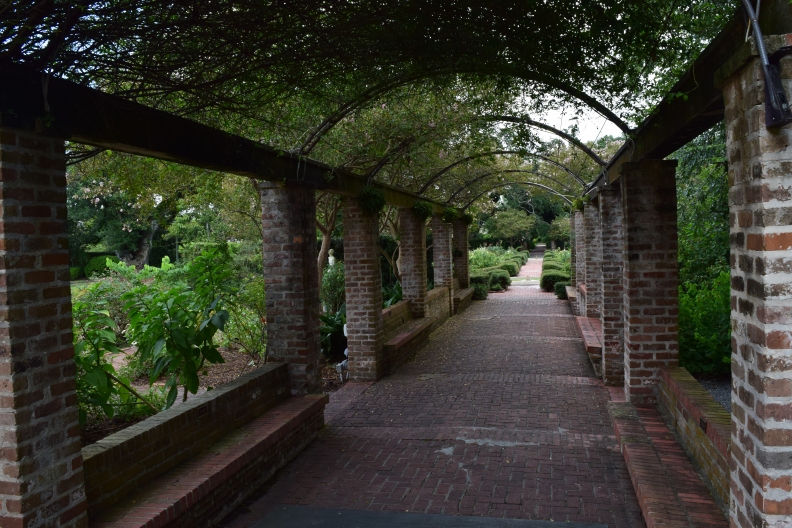 While on the streetcar I identified a spot for lunch on Canal Street. The Palace Café is a famous restaurant in a three-story, high-ceilinged building. I went up to the second floor and got my lunch at the bar. The service was impeccable and the Shrimp Tchefuncte I ordered was delicious- but a little pricey. Whenever I enter an upscale place like this I feel both curious and uneasy. The bar specializes in rum and the shelves of rum go all the way around the wall. It’s amazing. As I ate my bread pudding for dessert, a middle-aged man that seemed a little tipsy came over and sat down a few stools adjacent to me. He asked the bartender for his recommendation. The bartender served him a glass of highly expensive rum. The man said he was a “scotch guy”, and never really drank rum, but that this rum was the best he ever had. They then had a lively conversation about how rum was making a huge comeback in the world of spirits. The man then told the bartender that he was from Baltimore, and asked if he had seen The Wire. He said that the city was undergoing some redevelopment, and that he was involved in buying up cheap real estate in the ghetto which was in the process of skyrocketing in value. I listened with keen interest, before finally paying my bill and leaving the opulence of the Palace Café behind. 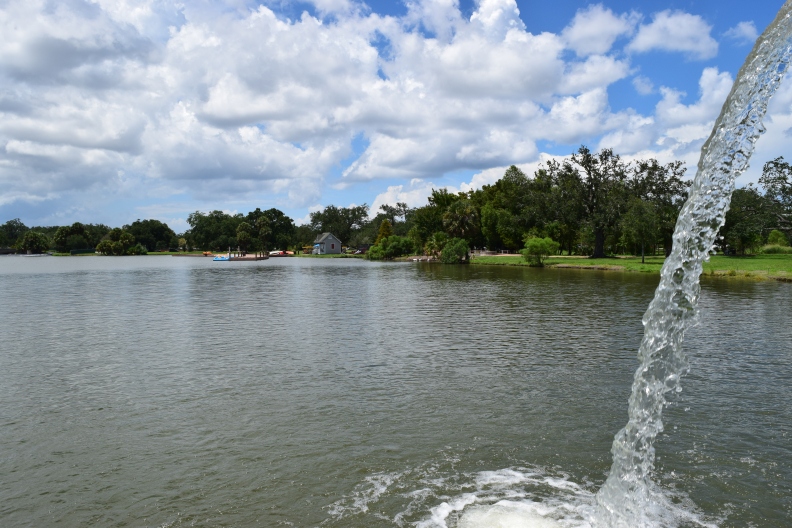