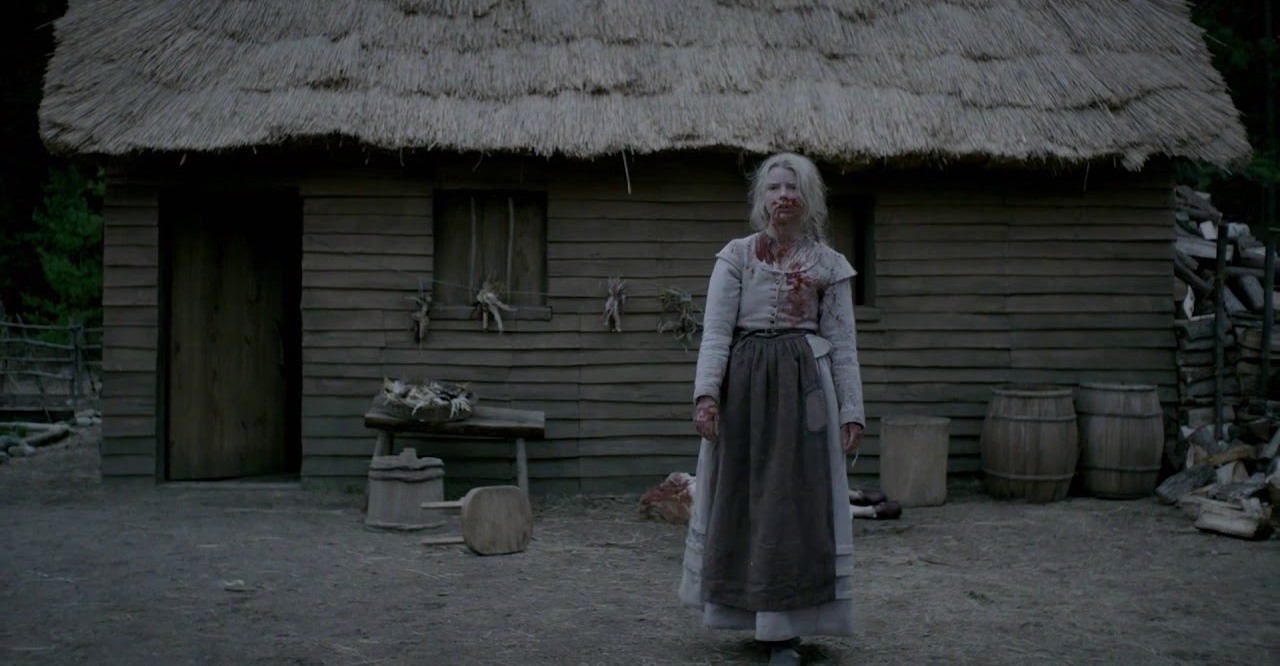 In the past year or so, I’ve noticed an increase in my appetite for the horror genre. Since this blog was started, I’ve written a post about my first experience reading a horror novel, a post about my recurring nightmares, and a post about the spookiness of the American college town I lived in for 3 years. In reviewing these three posts, I find myself wondering whether my tastes have suddenly changed, or if I’m actually returning to a proclivity for being scared that was always there. My first instinct is to believe the former- since I grew up in fear of horror movies and avoided them at all costs. As a kid I was exposed to things like The Ring, The Omen, and The Fly at sleepovers- and they left me utterly petrified and incapable of sleep. On one particular occasion I was exposed to the horror-comedy Scary Movie and when my mom came to pick me up the next morning I was visibly traumatized. It’s something she still remembers. After all, that was only last week. Kidding! I was about 10 or 11 years old, and I just wasn’t ready. Every other boy my age seemed unfazed by it all, and I grew up thinking I was a real pussy. But when I go deeper into my childhood, I encounter memories of my love of Goosebumps. I owned several of the books and was clearly interested in exciting my own sense of fear. 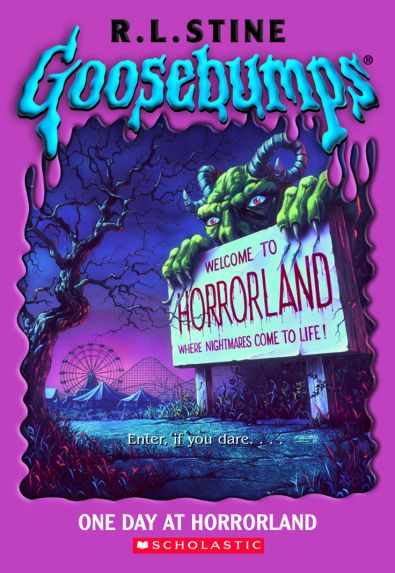 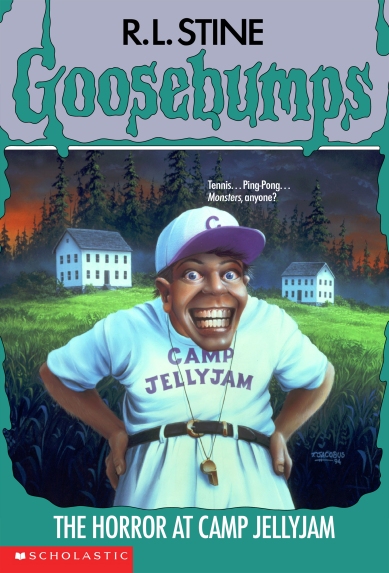 I’ve realized that I enjoy being scared, and I am attracted to the atmosphere of horror. And by atmosphere I mean all the elements of the mise-en-scène that contribute to that feeling of imminent danger. It’s not the danger itself, but the sense that it’s lurking around the corner. And I’ve enjoyed that for years in non-horror movies without realizing it- such as the scene in Nocturnal Animals where the normal family are getting followed and harassed by youths in the West Texas night. It’s a situation that could be real, and it had a much greater effect on me than the monsters of supernatural horror films. Since growing up and becoming desensitized acts of unspeakable violence as one does, I’ve watched things like Insidious and found myself thoroughly uninterested. Demons and phantoms just aren’t that intriguing- or indeed scary- to me. 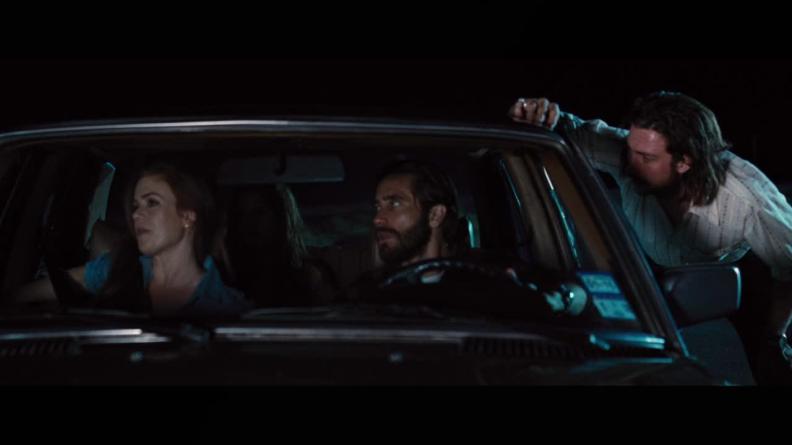 In the last year however, I’ve discovered several indie films that seem to encapsulate the brand of horror I’m interested in. They’re slow-boiling, atmospheric, and thought-provoking. They’re understated; by no means shying away from gore, but using it sparingly. They’re not concerned with testing your gag reflex- they prefer to cripple you psychologically.

Here’s my list of the top 5 indie horror films that have cemented my interest in the genre. They’ve all been released in the past 3 years and most of them are available on Netflix. What’s interesting is that three of these films all featured a near-car crash with an animal in the opening scene. I think it’s a plot device intended to keep the viewer in a state of panicked alertness without revealing the real threat of the narrative so soon.

I didn’t love this one quite as much as the first four, but it puts its pieces together skillfully, and I needed to round this list out to the nearest five. This movie does a great job of building suspense with the scenario of a dinner party where the hosts seem to be hiding something- but the payoff doesn’t ultimately match the rather effective tension that precedes it. The setting of the Santa Monica Mountains at night is suitably creepy, and the shadowy canyons that surround the mansions of the Hollywood Hills make me think that the Manson Family might be waiting around every corner. I definitely think the strangeness of Hollywood has a lot of potential for horror, and I can’t think of a better place for a movie to explore themes of Jonestown-style brainwashing. 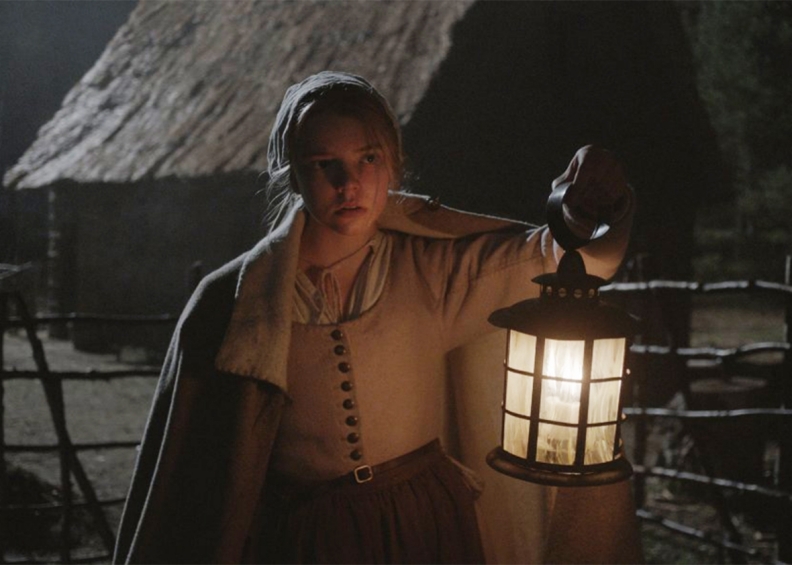 This is where the list gets tricky. The 4th, 3rd, and 2nd spots were hard to separate. The Witch is the biggest outlier on the list as the most supernatural of the five films. Generally speaking, I’m not into horror films where the threat is something inhuman, but if a story is executed so well, you can’t help but make an exception. What I liked about this movie was that the supernatural elements were so subtle. The titular witch doesn’t even get much screen time, and when she does she’s nothing more than a fleeting, hunchbacked silhouette scuttling away in the darkness. She occupies that hazy twilight between the real world and the world of imagination, which I think supplements the feeling that we’re in a fairy tale. It’s not a monster movie. The witch is more of a Shakespearean literary device that drives the human characters bananas and then goes back to its warren to hibernate for the winter and put up a new set of shower curtain rings fashioned from baby teeth. The focus of the movie is on our pilgrim family, alone in the New England wilderness, and their descent into paranoia and madness. 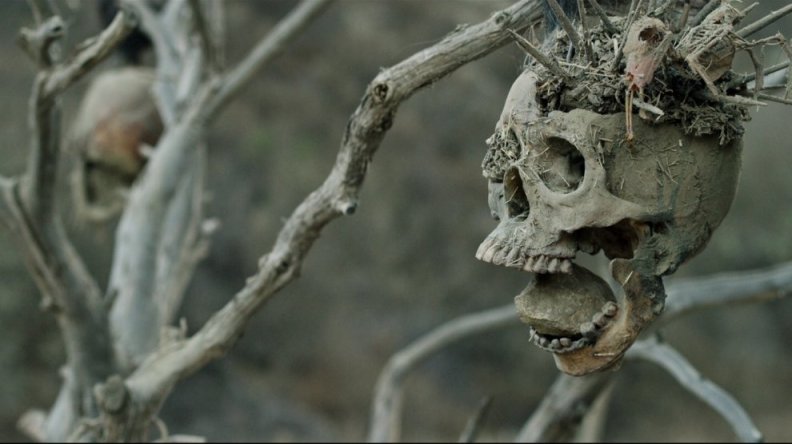 I watched this movie in the cinema with my dad and my brother. It’s both a western and a horror film, but I went to see it because I simply love westerns. I really enjoyed the movie, so much so that I even fashioned my moustache in the style of Kurt Russell’s character. It didn’t quite have the consequences I intended however. As I approached my friends with a cocksure, outlaw swagger and a thumb in my belt, I was told “Damnit if you don’t look like the Pringles logo right now”.

I also spent my time thinking about what made the film a horror title exactly. And upon reflection, I think that it’s all about the cinematography and the pacing of the film. It’s a western, with western characters, a western setting, and a western conflict, but it’s shot like a horror film. The fictitious Indian tribe of the Troglodytes don’t do anything supernatural, but they are shot as if they are monsters. They command the same level of fear that comes with an evil that can’t be reasoned with, and it’s a genius idea. What the film does, is portray the Troglodytes through the lens of 19th century racism. The Troglodytes are like an amalgamation of every settler’s fear about Native Americans. There’s a line that stuck with me near the start, where an Indian character asks one of the protagonists if they’d even be able to tell the difference between his people and the Troglodytes. It’s reflective of the way Native American peoples as culturally and linguistically different from each other as they were with the Europeans, were grouped under the single banner of “savages” because of the color of their skin. By having the Troglodytes play the role of a terrorizing monster from a generic slasher film, Bone Tomahawk cleverly illustrates how Indians were monsterized in the Old West. It’s an excellent piece of art house cinema and an interesting reinvention of one of my favorite movie genres of all time. 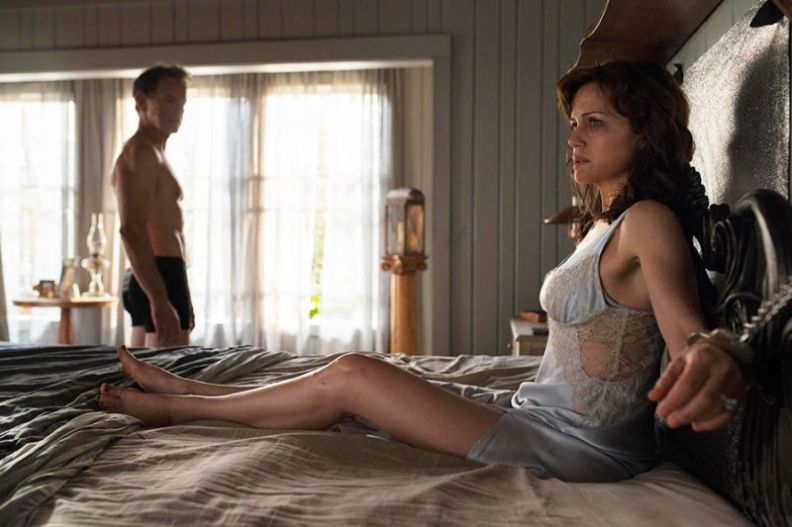 This is another Stephen King movie adaptation that’s turned out to be an absolute banger. It’s your classic sex-game-gone-awry literary scenario. A middle-aged couple go out to an isolated and idyllic lakeside cabin for the weekend in the hopes of rekindling their stagnating marriage. The mild-mannered husband surprises his buxom wife by dropping it on her that he’s always had a rape fantasy, and persuades her that the best way to save their lousy sex life is to let him handcuff her to the bed posts and pretend he’s an intruder. Obviously, things go sour, and before you know it you find yourself in a complex and sinister narrative that touches on everything from child abuse to necrophagia. Don’t give this one a miss! It’s on Netflix and it’s a haunting, psychological thriller written by one of the masters of suspense. 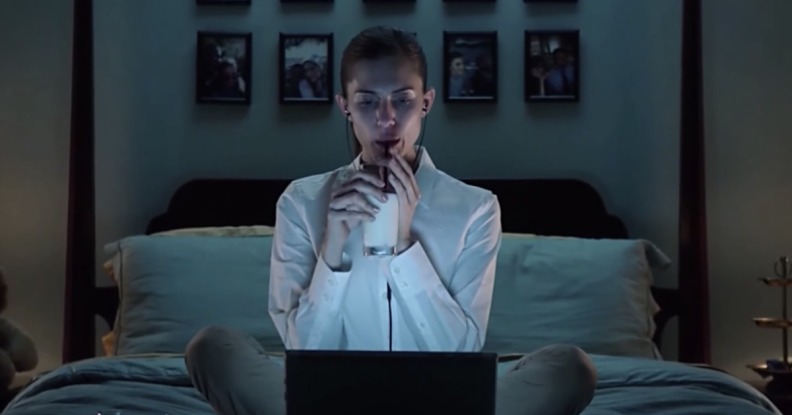 There was never any doubt in my mind that Get Out would take the number one spot on this list. For one, it’s the most deserving- that is to say, it puts its pieces together in the most effectual and masterful way. The movie is a triumph on every level of filmmaking; its performances, cinematography, pacing, and script are equally excellent. There’s not a dull moment to be had, and the movie pays off the suspense it creates in its earlier scenes by fully engaging with the heart of its mystery and concluding that in a satisfying way. This is unlike The Invitation, in which things are left too vague and mysterious for the audience to give a dang.

But furthermore Get Out rightfully heads the top of this power ranking because it encapsulates everything I want from a horror movie. It plays with the kinds of fears and dangers that I find really interesting and scary; a small community (in this case a neighborhood) acting as though they’ve got something to hide, a series of unexplained disappearances, the sinister use of hypnosis. I think what’s really scary is the idea of trust being violated- in this film it’s the trust implicit in hospitality. It’s hosts that seem a little too perfect and saccharine, whose exaggerated smiles don’t sit right. It’s the idea of being in unknown territory, far from what’s familiar and safe. If you haven’t seen this one yet, I can’t recommend it enough! You don’t even have to be remotely a horror fan to enjoy it- it’s one of those movies that transcends genre.