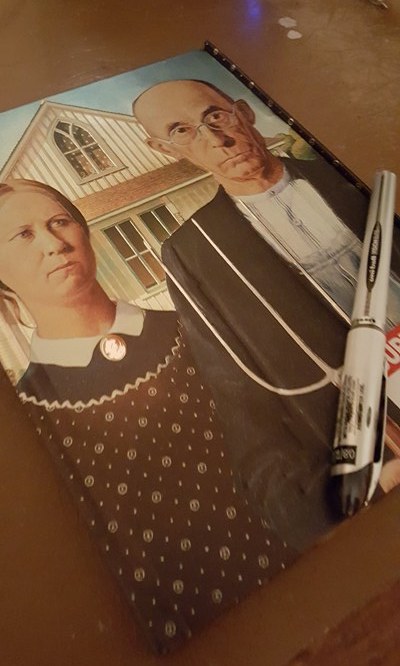 Having come down with a nasty case of the dreaded Writer’s Block the other week, I figured now was as good a time as any to do a post about it. More specifically, I want to share with you some of the techniques I use in generating fresh ideas for short stories. Whenever I’m in the throes of a dry spell I try not to redress the Block itself as much as I focus on getting invigorated by a new idea. This method is not reactive, but proactive. What works for me is thinking back to my previous stories and replicating the conditions in which they were written. It’s important to keep a note of where each idea manifested; its very inception. One of the most common questions that writers get is “Where do you get your ideas from?” and let me tell ya this: if they say “I just get them” then either they haven’t bothered to look back into their subconscious or they’re a liar. Ideas don’t come from nowhere. Writers aren’t some kind of unique subcategory of X-Men whose power is to excrete creative ideas out of pure bodily instinct. Ideas are attained, extracted, solicited- be it consciously or unconsciously. And that’s one of the key skills of being a good writer- the ability to identify and hunt down these ideas.

The first thing I ever published was a short story called “Stray Dog”, when I was 21 years old. And it’s a memory I return to whenever the going gets tough. I had the initial inspiration- the image of a boxcar- that was no doubt lodged in my subconscious from watching a documentary about the Scottsboro Boys around that time. All I had was this image of “hoboing” on a boxcar across the United States, and I just played with it. What became “Stray Dog” just started as a simple writing exercise. You might even say I was pissing about. I started writing about this hobo that gets approached by these two bad men who start abusing and torturing him. And I know now where the image of the two men came from- as a child in either the late nineties or early 2000s I was taken to a video game store and I remember seeing this game (most likely for an old console like Dreamcast, but I honestly have no idea) and on the front cover were these two creepy cartoon men. One was fat and one was thin and for some reason it scared the living shit out of me as a young boy. The image became burned into my mind and I had nightmares about it. So I think, a decade later, that influenced my creation of the “bad men”. I had no notions of high art or great literary ambitions, I was simply writing a scene. And I that’s why I am sharing this idea with you- you never know where something might take you. So much of what makes up my stories is discovered in the process of writing. There are many ways to write, so don’t ever let anyone- even a professor- tell you how it ought to be done.

When I was a student at the University of Winchester, the emphasis was very much on planning things out, but everyone I met had their own unique process. When asked about how he approaches writing stories, Stephen King described a method that reminded me of how I started “Stray Dog”. He denied having produced blueprints and step-by-step outlines of his work, saying only that he thought of a situation, and then applied the old “What If…” premise to it. I looked back at my story and saw that I had my situation, and that I had applied the premise of “What if two bad men show up?”

In a sense, the story writes itself at that point. You have to trust in the process and see where the characters take you. It’s certainly something I have used multiple times. So if you are struggling with ideas for stories, I suggest the following things:

Some of these will prove more useful to you than others. Personally I’m an extremely visual kinda guy, and a particular painting or photo can have a profound effect on my psyche. It doesn’t even have to be artistic- I was bored one time and checking out some pictures on Facebook, and somehow I got a poem out of it, simply by imagining the emotions and dynamics of the people in the photo. I know that sounds creepy, but we’ve all done it. Take what you want from people, places and things and recreate them according to your own fucked-up brain. To be a writer is to be a plunderer.

I started “Stray Dog” as a joke, but the story gained meaning to me the more I wrote. By the end I was happy with it, but I didn’t dare show it in class. I dreaded class during that particular semester because my professor did not like the story I was workshopping- a little story set in Northern Wisconsin called “The Coach’s Wife”. Every week it was getting ripped to shreds and my confidence was low. But then the same professor informed us of a short story competition being held by The London Magazine, saying how swell it would be if someone from our university were among the winners. Figuring I had nothing to lose, I submitted both “Stray Dog” and the unedited first draft of “The Coach’s Wife” and come the spring of 2014 both stories were published as winning entries. I’m hoping that this little story can inspire those out there to not only write whatever the heck they want, but to submit stories even if you aren’t confident in them! So what’re you waiting for? Go write something!

Have you had similar experiences with writing? If so, let me know in the comments. I’m looking to connect with others and I love hearing what you have to say. If you enjoyed this piece and want to see more content like this, please consider giving me a Like or Subscribe! Thanks for reading!