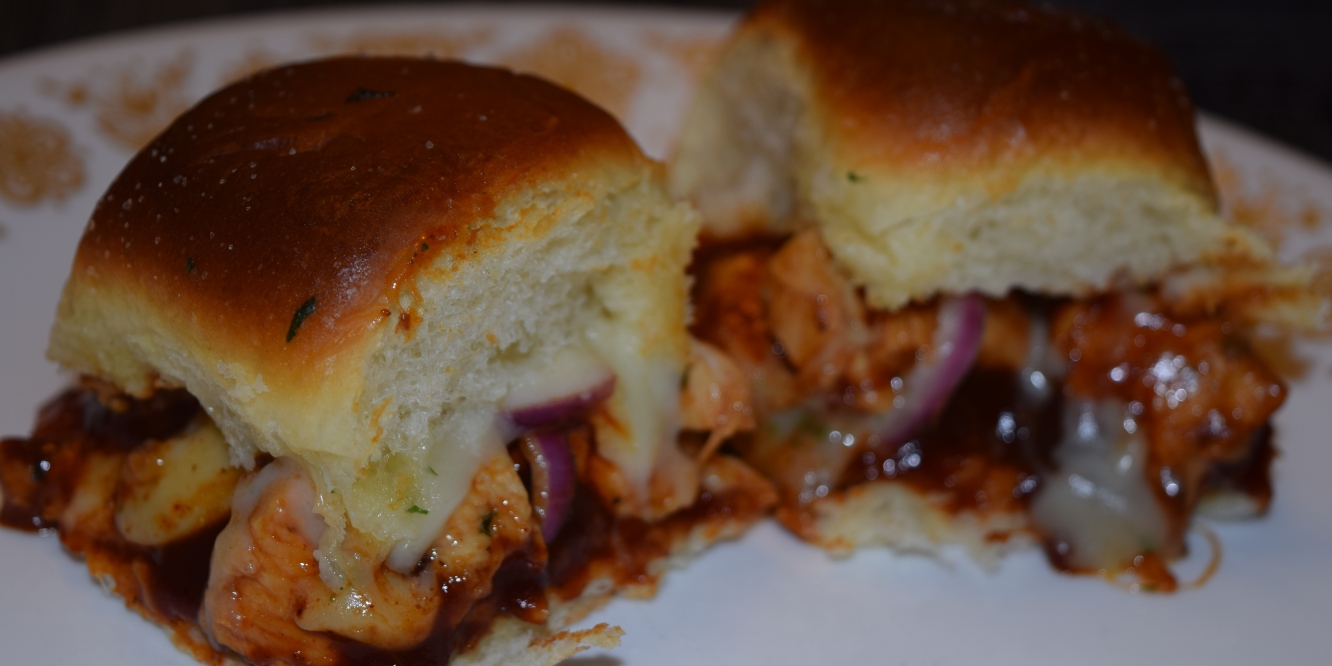 Today marks the first culinary blog post for TumbleweedWrites! One of my favorite aspects of American cuisine is Barbeque. I can’t get enough of the stuff. My best experience of it was in the BBQ capital of the USA- Kansas City. There I attended two of the most famous BBQ joints in the world: Oklahoma Joe’s and Gates BBQ, eating at the former on the halfway point of a cross-country road trip to Texas and the latter at the halfway juncture of the return journey. My experiences in that city forever cemented my love of Barbeque- especially in the form of pork ribs and pulled pork sandwiches.

One of my roommates isn’t so keen on the stuff however, and given that she is in Denver, Colorado for the week for some important conferences in the field of Behavior Analysis, her fiancé and I decided that now would be the best time to experiment with some delicious and creative BBQ recipes. We used a website that the future Mr and Mrs often draw upon for culinary inspiration. The website operates a Youtube channel called Tasty. So I just wanted to give them credit beforehand, lest my inbox get inundated with emails requesting me to drink bleach for seemingly passing off the recipe as our own.

So, without further ado, here is the recipe for BBQ Chicken Sliders! 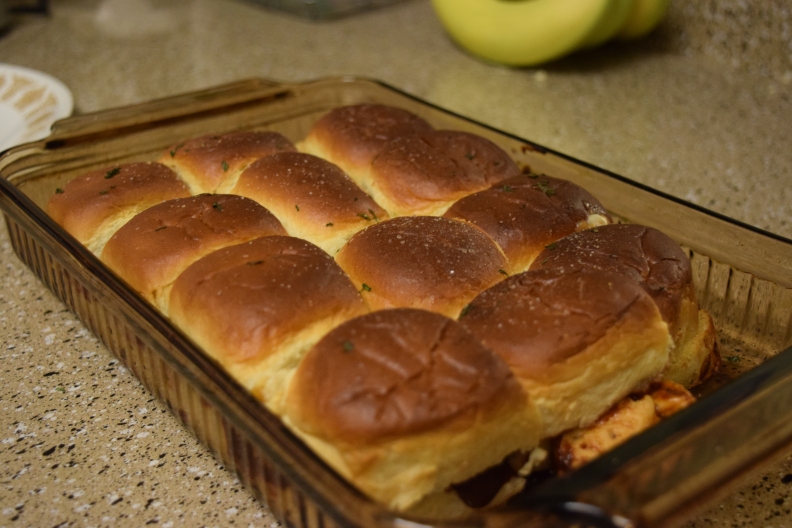 The sliders were lush! As we chowed down on these puppies we commented on how crispy and toasty the bread was, which my roommate said might actually have been his favorite part of the meal. The bread was buttery and lovingly seasoned, and crunchy to the bite. I then commented on how I loved how the Monterrey cheese and the red onions just congealed together and melted on the tongue. Overall, the sandwiches were absolutely heavenly- and I urge you to try them!

Our experiments in the kitchen did not stop there however. My roomie- knowing my adoration for the Mexican soda Jarritos– showed me how to make a Jarritos ice cream milkshake whilst we waited for the sandwiches to bake. To make it, you will need: milk, Jarritos, ice cream and a blender. How much of each you put in the blender really depends on your personal preference, but the milk should be no more than a quarter cup or so. For a thicker shake, add more ice cream. We used Blue Bell Homemade Vanilla Ice Cream and Mandarin Jarritos.

The shakes were amazing! We thoroughly recommend! Check out this video of our blender in action: