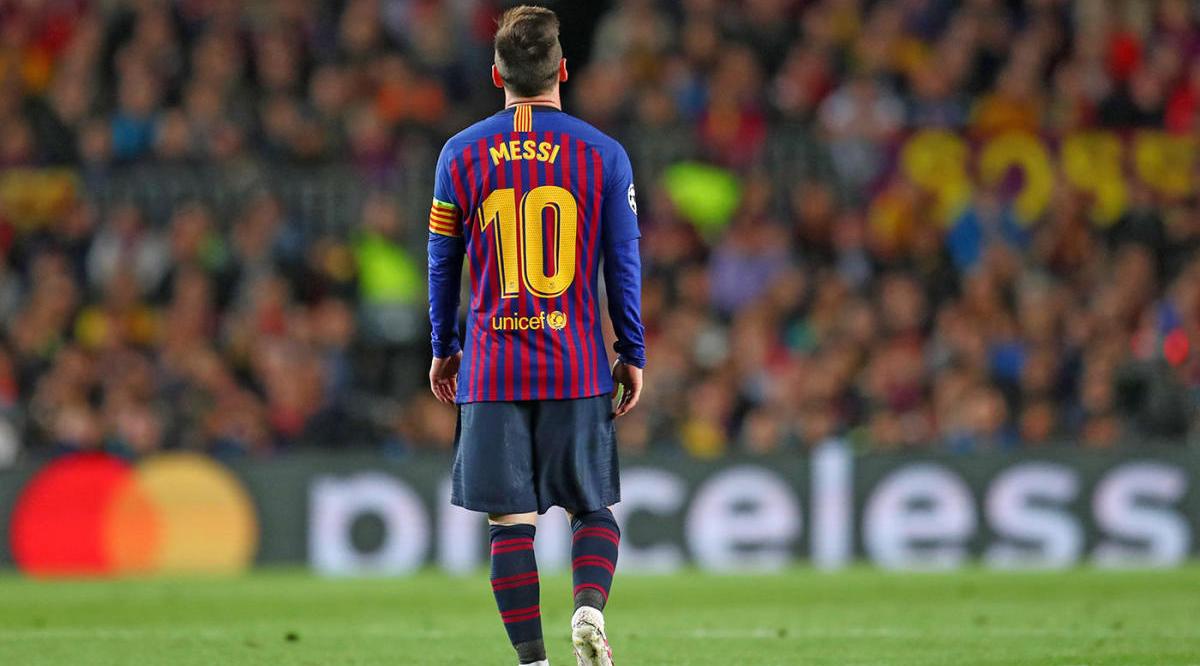 Last week- on August 5th, 2021- it was announced that Lionel Messi would be leaving Barcelona. Three days later, he said goodbye to the club in an emotional press conference that- for me- was one of the most surreal moments I’ve experienced in football. Then, on August 10th, he signed for Paris Saint-Germain as a free agent. As regular readers of this blog know, I’m a Chelsea fan, but this news still conjured up a lot of feelings for me. Naturally, this is an especially painful moment for Barcelona fans, but the football world at large shares in their grief given who Messi is and what he has achieved at Camp Nou. I think anyone that’s a fan of the game will have a special relationship with Messi. I know I do.

Sitting down to write this, I feel like I’m penning an obituary. This is a bleak moment in football history. Of course, Messi isn’t leaving the sport altogether. His talents will still be there for us to enjoy on the TV screen. But his time in Barcelona is over, and Messi as an entity distinct from that city feels like an oxymoron. He embodies the unique brand of Total Football that Barcelona are known for. Everything about the way he plays- from his explosive runs to his delicate chips and his crafty feints to his perfectly weighted through-balls- are an expression of the Barcelona footballing experience. Thousands of people- with no particular affinity for Barcelona or even association football as a sport- flock to Camp Nou every year just to see Messi play. That’s what he means to this game- even those who know very little about it recognize how special he is. They understand that Messi’s football at Barcelona is an experience, and that traveling to the city and not taking the chance to see it for yourself is like going to Rome and neglecting the majesty of the Colosseum.

Never has one player done so much for one club. His records and accolades are too long to list here. You likely already know about his 672 goals in 778 games, or his 91 goals in a calendar year. The stats defy our imagination for what we thought possible for an individual player to achieve. When I was a teenager, I didn’t think I would ever see anyone play the game as well as Zinedine Zidane. For me, he was the best. The best footballing brain and the best manipulator of the ball. But then I discovered Messi. And Messi took things to a level that I didn’t think possible, and to which I’m skeptical I will ever see again. His control over the ball was total. He could make it do anything he wanted and do so effortlessly. He is far and away the best player of his generation. The media invented a rivalry with Cristiano Ronaldo on the basis that he was simply the next best player throughout Messi’s career, but for me there is no comparison. Messi’s true rivals stopped playing long ago. In my opinion he is in the conversation with Pele and Alfredo di Stefano for the greatest of all time.

How Barcelona could allow what transpired last week is beyond me. It will go down as one of the most obscene and spectacular failures in sporting management of all time. That story deserves its own post, however. The travesty here is not that Messi left, since every player leaves at some point, but the way in which he left. That’s the first thing that struck me about his press conference. His departure from the club he’s played for since the age of 13 should have happened on the pitch, with a proper celebration following his final game at Camp Nou and all the fans in attendance. Usually when a legend leaves their club, it’s not a surprise. They grow old, can no longer perform at the same level, and come to an amicable agreement with the board to let the current contract expire or be sold to a smaller club. Messi should have had a farewell ceremony at Camp Nou where he could have interacted with the fans one last time and say goodbye. Instead, he gets this awkward, cold press conference with all the fanfare of a hospital waiting room.

The second thing that struck me is that I’ll never get the chance to go and see him play for Barcelona at Camp Nou. I’ve always wanted to, but the opportunity never really presented itself. Messi hasn’t been playing as though his career might be coming to an end soon, so I naively assumed I’d have plenty more years left to make the trip. In fact, he might very well win this year’s Ballon d’Or, which would only make this whole episode that much more bizarre. The greatest to ever do it was left to walk away as a free agent, despite agreeing to take a 50% pay cut to keep playing for the city he loves. I don’t think I’ll ever get used to seeing him in a PSG shirt. It’s depressing to think that was the only realistic option for Messi to take, but you can’t begrudge him for doing so. Paris is a beautiful city, a relatively easy place to relocate to for his family, and he will get to compete for football’s highest prize- The Champions League- with several of his old friends. The fact that clubs like Inter Milan or Borussia Dortmund are now seen as “romantic” choices tells you all you need to know about the current state of professional football. That was never an option, and we can’t expect Messi to have made his decision on our outdated ideas of a fairytale ending. This is the cruel reality of the modern game’s decadence. The gap between the ultra-rich clubs and the rest of the footballing world has never been greater, as demonstrated by this year’s attempted Super League. PSG have been at the forefront of a concerted effort by these clubs to short squeeze the market with inflated wages and fees, in order to prevent as few competitors for the game’s top players as possible. Professional football is in desperate need of financial regulation- preferably in the form of a salary cap- but we can’t expect Messi to bear the responsibility for this reform. We need world governments as well as football’s governing bodies to effect meaningful change.

Messi’s story is not over, but unfortunately it’s been dictated by the nature of the game’s modern financial situation. Interestingly, the story of Barcelona over the past decade makes for a perfect case study into the way football has changed. The Barcelona that won the Champions League 10 years ago was one of the greatest club sides of all time. But it wasn’t a “super team” of Galacticos cynically assembled through big money transfers. The nucleus of that team- Messi, Valdes, Iniesta, Xavi, Busquets, Puyol, and Pique- had all come from Barcelona’s youth academy. Even the manager was a graduate of La Masia. But over the past few years Barcelona inexplicably dispensed with this winning strategy, turning their back on the academy by selling their brightest talents while taking out huge loans to buy players that- frankly- are nowhere near good enough to continue the legacy of that 2011 team. It’s the very short squeeze that Barcelona have been a part of over the past few years that’s made it so difficult to offload the likes of Coutinho and Griezmann- no one can afford their wages. Hence, there’s no margin in the budget to register Messi as a player.

It’s a shame that Messi’s Barcelona story has had to end this way, but his legacy at Barcelona remains incomparable. I feel lucky to have witnessed it, and I know I’ll be watching his highlights for years to come.