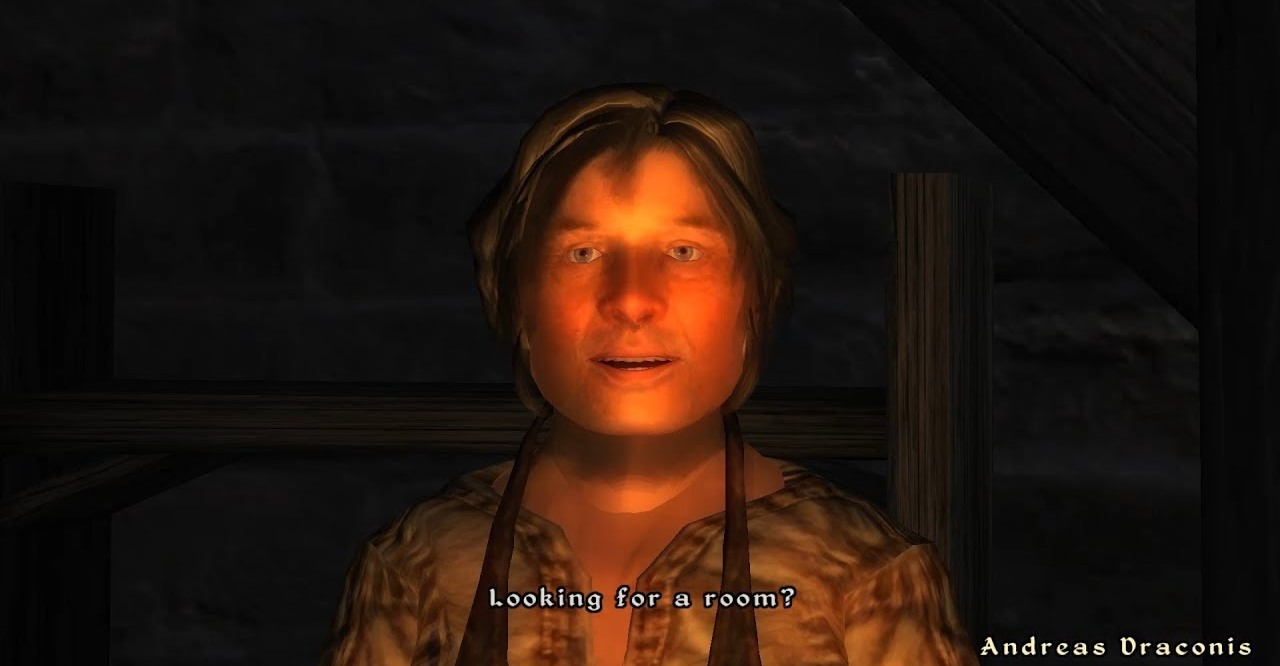 I think if I was just a few years older, I’d be able to remember a time when Youtube wasn’t around. When I first started using the internet, I didn’t realize that Youtube was as much of a newcomer to the scene as I was. I figured it had just always been there. It was only recently, when I looked back at the traffic figures, that I realized Youtube’s formative years ran in parallel to my own.

The website has changed a lot since I started using it. At some point during the early 2010s it became less about cats riding skateboards and more about twats unboxing commercial products. That’s not to say all of the changes have been bad, however. The educational resources available on the Youtube of today bring shame to school systems worldwide.

But there’s definitely been a shift away from individual self-expression in favor of corporate interests, encapsulated no better than by Youtube’s quiet abandonment of the “Broadcast Yourself” slogan. Since 2012, Youtube has tailored its algorithms so as to better facilitate these corporate media platforms. Alphabet- Youtube’s parent company- has defended these algorithm changes, arguing that it leads to a more enriching experience for both users and advertisers.

One thing is for sure though- for better or worse, Youtube feels like an integral component of my life now. I get so much of my news and knowledge from the website, and I find myself visiting it out of instinctive habit, unconsciously clicking on it for no reason whatsoever. And given how much I write about books, movies, TV shows, and games that play an important role in my day-to-day life, I figured it might be interesting to do a post that spotlights some of my favorite Youtube channels.

I feel like this list is only interesting if it highlights individual content-creators, Youtubers with a quirky and distinctive voice. So even though I watch a lot of videos from The Young Turks, Kitchen Nightmares, and TED-Ed, I won’t be including them in today’s post.

ScammerRevolts and The Hoax Hotel

What I love about these two channels is that they’ve made a career out of being both entertaining and a force for good in the world. When you watch them you feel like you’re watching a superhero at work. Basically what they do is prank, expose, sabotage, and just generally troll the most wretched people on Earth. I am of course, referring to call center scammers. It’s immeasurably satisfying to sit there and watch the scammers fall into the traps laid out for them. Scammer Revolts and The Hoax Hotel will do things like hack the call centers’ computers and delete their files, record them having meltdowns when they think nobody is listening, and even connect them with another scammer and watch as the two assholes try and scam each other. The best part of these videos is watching the scammers lose their temper. These people make a living out of preying on the weak, the trusting, the old, and the polite, and yet the irony is lost on them when they rage about being given a taste of their own medicine.

For ScammerRevolts, I suggest starting with SCAMMER RAGES WHEN I DELETE HIS FILES!

Epimetheus and Kings and Generals 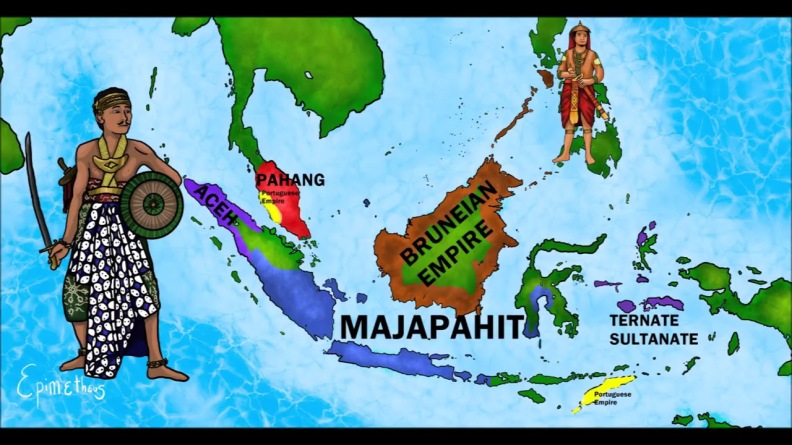 History channels are perhaps my favorite corner of the Youtube of today. There are a range of excellent channels out there, each of them offering different styles and points of focus. My personal favorites are Epimetheus and Kings and Generals. What’s so great about Epimetheus is that he offers detailed and compelling accounts of historical civilizations that most people (at least in the Western World) don’t know about. If I wanted to learn about Ancient Rome or World War II, I’d find no shortage of resources on those subjects in the way of books, documentaries, and indeed other channels. But only Epimetheus can provide me with comprehensive and exquisitely-written 10-minute summaries of the Kushan Empire, the Ashanti Empire, and the entire history of Singapore. As for Kings and Generals, the videos are longer and the overall production value is a lot more slick. What’s great about this channel is the sheer depth of its videos. They run about 20 minutes long but they’re so fascinating you don’t even feel the time go by. What I love most about these videos is the narrative-driven approach to the subject. The videos feel like stories, and that’s what makes them so addictive. You want to know what whacky exploits Subotai and Jebe are going to get up to next, and before you know it the whole evening is gone.

For Epimetheus, I suggest starting with Empires of Ancient Persia explained in 10 minutes

For Kings and Generals, I suggest starting with Mongols: Rise of the Empire – Battle of Yehuling 1211

This channel just appeared in my recommended videos one day. For want of something better to do, I clicked on it, and thus my fate was sealed. At first I just couldn’t figure out what the point of it all was. I was watching Gibi discussing some of her teenage drawings and I assumed she had to be one of those lifestyle bloggers. But why was she whispering? I was genuinely confused. I kept watching her videos because I wanted to understand what they were about. It was like she was talking to me directly, looking right at the camera and asking if I wanted honey with my green tea. Then I watched as she made the tea for me and warned me that it was hot. Oh, so this is some kind of futuristic role-play? I thought. It was like a virtual spa treatment; I was getting the feeling of being pampered even though I was just sat in my computer chair staring at a screen. Somehow Gibi has a knack for making each one of her millions upon millions of subscribers feel like she exists just for them, like she is our own private fairy godmother. I still didn’t completely get what I was watching, but for some reason I couldn’t stop. So I looked up what “ASMR” actually was, and I guess it’s an attempt to stimulate “low-grade euphoria” by making certain types of repetitive sounds. I think the desired goal is a “skin orgasm” where you get a rush of chills down your spine. It involves a lot of whispering very close to the mic, clicking sounds with the tongue, as well as scratching, tapping, or brushing the mic. In fact my favorite Gibi videos are the non-verbal ones, where she just makes sounds with her mouth. I put it on when I’m in bed and fall asleep within minutes. That’s actually how Gibi got into ASMR in the first place- she had sleeping problems and treated it with ASMR. As she became familiar with it, she decided to give it a go herself. Even when I watch her videos on my laptop, sat at my desk, I start to feel drowsy. It just lulls you into this hypnotic, blissful state of sleepiness.

This might be my favorite channel on Youtube right now. There are so many outstanding films being made at the moment, but they just don’t get the exposure they deserve- both in cinemas and in the media. Youtube is overflowing with guys giving trailer breakdowns for Star Wars: Rise of Cowpat and other word-of-mouth money-spinners for exploitative, creatively-bankrupt mega-corporations, but it’s really starved of reviews and discussions of narrative-driven films. I was about to give up on my search for a quality channel to scratch this particular itch when out of nowhere The Cinema Monologues comes swinging in on a chandelier with a dagger betwixt its teeth and a review of You Were Never Really Here. Both the analysis and production of this guy’s film reviews are superb. I subscribed to his channel so that I could get insightful breakdowns of films I’d already seen, but I enjoy his commentary so much that now I’ll watch his reviews for movies I haven’t watched yet. So far he’s introduced me to so many interesting arthouse films that I would never have known about otherwise, such as Atlantics and Beanpole. And really that’s what makes channels like this one so important- they spotlight the work of contemporary artists in need of recognition.

For The Cinema Monologues, I suggest starting with PARASITE (Gisaengchung) | FNC 2019

I love this guy. He basically plays Bethesda games and looks for awkward, meme-worthy behavior from NPC’s. The best videos in my opinion are his clips from Elder Scrolls IV: Oblivion which, as much as I love it, is a wonderful source of unintentional humor. I tell ya this Bacon_ guy is an artist; his videos work in the same way that Found Poetry works. Even though he didn’t create the video game, nor does he provide commentary on it, he is an artist because he is arranging the clips in a way that gives them a comedic meaning that Bethesda didn’t intend. It reminds me of a discussion of Damien Hirst’s famous abstract piece of art “The Physical Impossibility of Death in the Mind of Someone Living” on the Ricky Gervais Show podcast. In the podcast, Karl argues that Hirst’s piece- a tiger shark preserved in a giant tank of formaldehyde- isn’t art, because it’s just a dead animal in a vitrine. He says “But anyone could have done that,” to which Stephen Merchant counters “Yes, but no one else did.”

For Bacon_, I suggest starting with Farewell.

As I’ve confessed before on this blog, I have a morbid obsession with true crime. It’s a subject that’s very much in vogue at the moment too, given the success of TV documentaries like Making a Murderer and The Staircase. And so in recent years, the genre of true crime has exploded on Youtube, with independent creators now able to produce high-quality documentary-style content that’s on par with the best that TV has to offer. There are a lot of great channels out there, but the one I’ve stayed with the longest is Criminally Listed. These fellas upload great videos with surprising frequency given how good they are. The scripts and narration are fantastic, and every case is meticulously well-researched. If you’re interested in cold cases, mysterious disappearances, serial killers, or just creepy stories, then give this channel a shot!

For Criminally Listed, I suggest starting with 3 Innocent Looking Pictures With Dark Back Stories