Since the conclusion of Game of Thrones’ seventh season in the summer of 2017, I’ve experienced recurring dreams about how the show will end. I swear I’m not saying that to sound cute, but because it genuinely intrigues me on a scientific level. I can’t explain what the dreams mean or why I keep having them, but I think it’s telling that they are all unsatisfactory experiences. In each one I begin watching the final season of the show with this itching sense of desperate anticipation, and I say to myself “Is this really happening? Is it finally here?”

Again, I have to stress that I’m not trying to be funny. Each dream ends with me disappointed at how the show turns out. It never happens the way I expected it to, and maybe that’s because I’ve been speculating on all the possibilities so much. So when I watched the season eight premiere last night, I was in a strangely surreal mood. Now it was finally here for real this time. And yet I still had the irrational feeling that something completely preposterous would happen and I’d wake up in my bed screaming “THERE’S NO PLACE LIKE HOME!” while my balls leaked rivers of hot sweat over the sheets.

But let’s get to the episode itself, shall we?

My overall impression of the episode is that it was good, but not electrifying. It didn’t feel as substantial as perhaps it should have, considering the important reunions and revelations. And I think this might be down to the way the pieces were put together, rather than the pieces themselves. I like every scene that happened, and I don’t think any time was wasted. But I did feel like these scenes were rushed and hastily put together. For instance, Jon’s reunion with Arya just felt a little underwhelming. The line about Valyrian steel seemed kind of odd to me, especially seeing as how Arya has her own Valyrian dagger, which she chose not to reveal. It didn’t seem to go anywhere, and Arya not mentioning it felt like the show saying “We ain’t got time for this”. I liked how it ended, with their discussion on loyalty, duty and family. However the whole scene felt rushed and slightly disjointed in comparison to some of the powerful dialogue scenes of previous seasons.

Another scene I thought a little clumsily written was the moment Samwell blurts out that he stole his father’s sword. This seemed like the show was trying to rush to the juicy revelation of his father’s and brother’s deaths instead of arriving at them organically. If it weren’t the final season, I think the writers would have handled that scene differently- perhaps with Jorah or someone saying “Nice sword” and then Samwell sheepishly confessing he stole it from his father, Lord Tarly. But, just as the Arya-Jon reunion was not without merit, so too this scene is saved at the end- in this case by John Bradley’s superb acting. So my criticisms are small ones, and each aspect of the episode I didn’t like seemed to be balanced out by something I did. At this point in the episode I began to feel a real momentum; we’re having to ask questions of our heroes. We see here that events have consequences, that deaths have meaning, and that no decision is easy. I think the next episode will focus on just how complex and fragile the allegiances of the north are, which will then create an effective tension leading into episode three’s Battle of Winterfell.

So that’s what I thought of the episode as a whole: kinda rushed and a little messy, but with a few excellent moments and some great promise for things going forward. But what are the key questions going forward? Here’s my episode Q & A:

Will Bronn assassinate Tyrion and/or Jaime?

This might just be a way to send Bronn north and have him join the rest of the characters considered heroes, since he is the last character on Cersei’s side that’s a fan favorite. Given that he risked his life to save Jaime getting incinerated by Drogon last season, I can’t see him murdering him so easily. As much as Bronn is motivated by material riches, the show has already established that he has a heart. I do think we will see a few popular characters do a few unpopular deeds this season though. And if Bronn is to be one of them, I don’t think it will be a straightforward affair. There will be some sort of twist that pushes him over the edge.

What’s next for Euron Greyjoy?

Euron is one of the characters I am most confident will die this season. Nothing about him suggests longevity. The fact that Yara has escaped and is heading back to the Iron Islands only makes me more certain that the Northern Armies will lose the Battle of Winterfell, since she mentions it as being a possible haven for Dany. I think the Night King will win, and Dany will take what remains of her army to the Iron Islands. I then think Euron will take his fleet there and get destroyed. The Night King will march on King’s Landing and almost destroy Cersei’s forces, but then Dany and Jon will come to the rescue. That’s my updated prediction for how the season goes down anyway. I can definitely see Euron dying at sea, and I can’t imagine that the Ironborn will be fighting as land units in defense of King’s Landing. That’s not what they are suited for. Euron’s fulfilled his wish of boning the Queen; I think the Iron Islands are more important to him.

What was my favorite scene?

In terms of pure spectacle, I loved the scene where the young Lord Umber is pinned to the wall and surrounded by a swirl of severed limbs. The moment he reanimated as a wight might be the biggest jump-scare in the show’s history. I liked it because it gives us a glimpse of the White Walkers’ culture. The Night King and his people aren’t mindless monsters like their undead thralls. The swirl is a recurring motif in the culture of the White Walkers. Having the little kid pinned to the wall, at the center of this design, not only shows that our threat is intelligent, but it also serves as a reminder of the way the White Walkers were created. A similar swirl can be seen surrounding the man that becomes the first White Walker in episode five of season six… 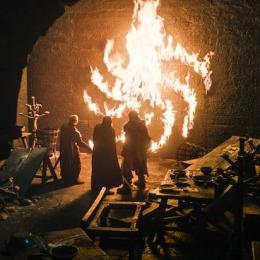 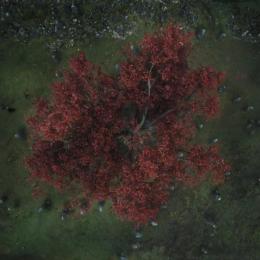 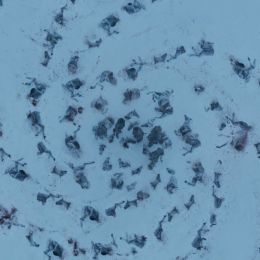 What will be the fallout from Jon learning his true heritage?

I think this conflict will dominate the next episode, but also be more or less resolved by the end of it. There might be some lingering tension that resurfaces at the end of the season, but I think the solution has already been foreshadowed. At first Dany will be very upset and neither she nor Jon will know what to do. But then I think that Tyrion and Varys will tell them their idea, and they will realize the solution is staring them right in the face. This whole situation is so obviously set up for them to get married. That way, they don’t have to worry about whose claim to the throne is more valid, and it solidifies the fragile alliances of the north.