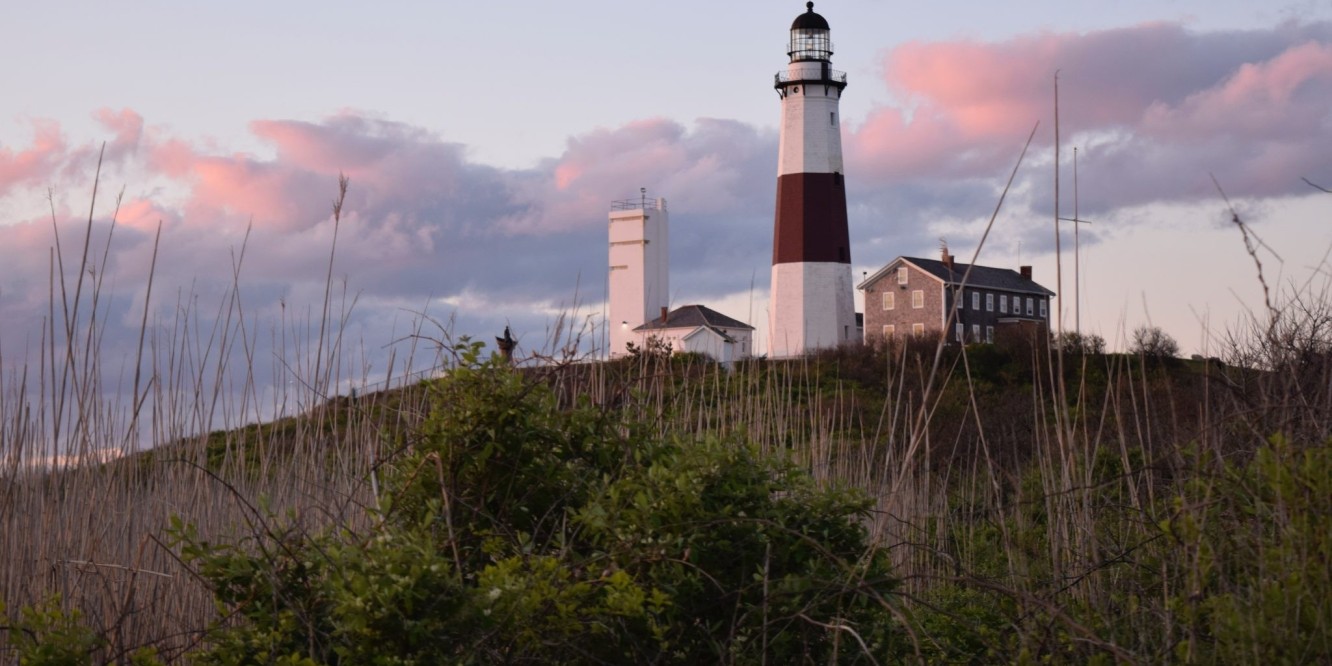 These are some of my favorite posts to do, and at this point in my blog’s history they’re at least semi-regular. I’m always consuming media, and doing a roundup of the latest things I find inspiring has proven to be a great way for me to engage with my readers. It’s my contention that over the past decade or so, TV drama has entered a golden age. I think the overall production value, quality of acting talent, and the complexity of the writing are as good now as they have ever been. The last point is the most important one, in my opinion, as our dramas now are afforded the creative freedom to explore darker, more nuanced themes.

Here are three of my favorite shows that I’ve watched recently: 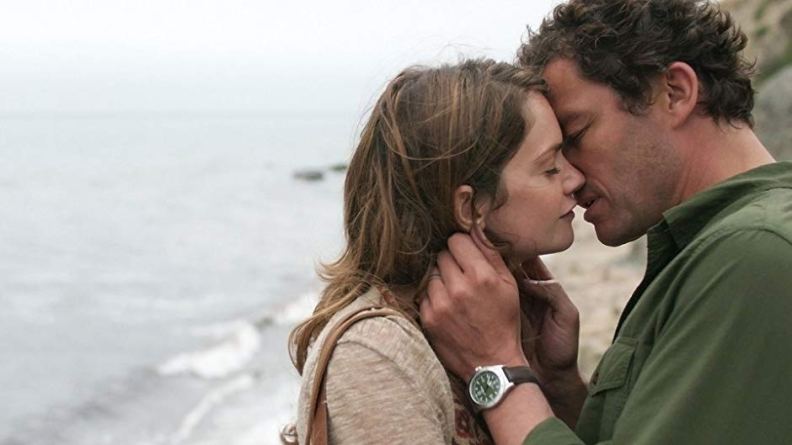 It’s hard to pick one TV series that I can definitively call my favorite of all time. Game of Thrones and The Sopranos are both good candidates, but when asked the question, the answer I most often give is The Affair.

In short, the show details a passionate, illicit affair between a struggling New York novelist and a small town waitress with a traumatic past. The setting is Montauk- a cozy resort town situated on the far tip of Long Island. For me, the show is as close to a superlative rating as anything else out there, especially the peerless first three seasons.

It brushes up on my personal criterion for perfection because it’s intriguing in layers; dysfunctional families, dark secrets, sexual awakenings, and even a murder mystery to name a few. But perhaps the thing that makes this story so unique is the way it’s told. The narrative shifts between alternating points of view that not only overlap with, but sometimes contradict, one another. This style captures the way two people remember the same events differently, so that we’re given an incomplete truth. The actual truth, as is often the case in life, remains out of reach.

2. The Man in the High Castle 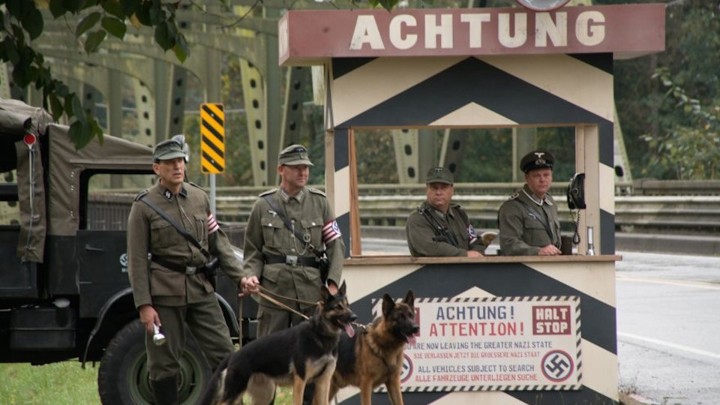 For me, this is a show that’s criminally underrated. I’m putting it above The Affair on this list because I was left disappointed by the latter’s most recent season. The Man in the High Castle, conversely, is a show that’s very much in the ascendency. I just finished watching season 3 and I can’t stop thinking about it. This show gets better and better with every episode, and no one seems to be talking about it.

Based on the Philip K. Dick novel of the same name (from which it deviates significantly, I understand), The Man in the High Castle is an alternate history in which the Axis Powers won World War Two. It’s the 1960s and the North American continent is divided between the German Reich in the east and the Japanese Empire in the west. This new world is one of the most fascinating aspects of the show, and the subtle societal changes that each half of America undergoes are explored in multiple story threads. There are the rebels in conflict with their respective oppressive regimes, there are the two oppressive regimes in conflict with each other, and there are also conflicts within each regime. What I’m trying to say is, we experience this new world through various points of view, with heroes and villains in each faction. Just because the system is evil, that doesn’t mean that everyone living in it becomes evil too. It’s fascinating because it’s a reality in which systemic evil becomes the norm, and being twenty years after WW2, many have simply accepted it. This is something that’s addressed in the show itself, with many resistance characters stressing how weird and shocking this reality is. One of the things that make this show so compelling is the fact that it takes a morally-complex approach to the conflict while still being a nightmarish dystopia. The resistance fighters aren’t flawless or morally-pure, and the fascists aren’t “monsterized”. Instead, there are just people and their choices. There are idealists trying to fight for a better world, and there are those that accept the new world order so as to remain safe, which is what happens in real life.

This is a show unlike any other on TV at the moment. It’s also very much a science fiction drama, with the German-Japanese Cold War serving as a backdrop to a mystery that every faction is trying to solve- the repeated appearances of film reels depicting a parallel universe in which the Allies won the war. 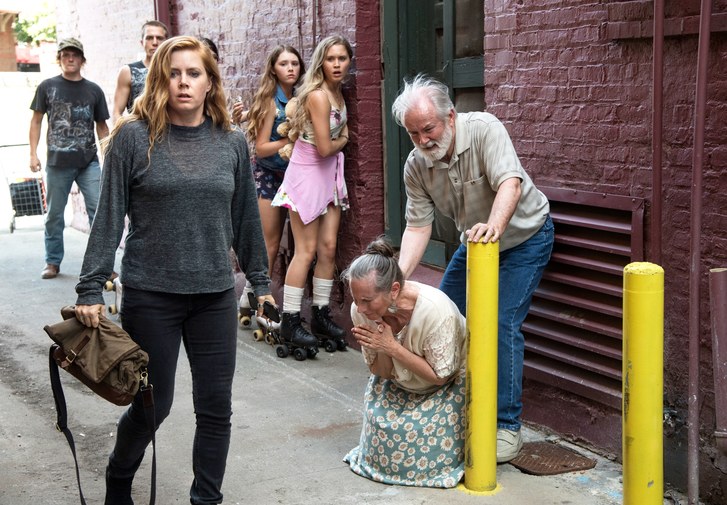 Now I enjoyed Gone Girl as much as the next guy- but this is on another level. Sharp Objects is based on Gillian Flynn’s somewhat lesser-known debut novel of the same name. It takes the top spot in my list of TV dramas I’ve found creatively inspiring in the latter half of 2018 because it’s simply the most interestingly and effectually put together.

This dark miniseries features an alcoholic, self-harming journalist who returns to her hometown in rural Missouri to try and solve the disappearance of two missing girls. I won’t say any more than that because you should just watch it. It’s fucking brutal but also understated- which might sound like a strange thing to say, but if you’ve seen it you understand. And this brings me back to what I said above about it being the series that for me puts its pieces together in the most compelling way.

Jean-Marc Vallée’s direction reminds me a lot of Lynne Ramsey’s subtle approach to storytelling (particularly in her recent movie You Were Never Really Here). It’s a show that punishes the lazy viewer. You can’t give it anything less than your full attention, because one look down at the peach and eggplant emojis your Tinder match is sending you will leave you wondering what the hell is going on when you try and reengage with the narrative later. Vallée gives you the pieces in fleeting images and unspoken inferences. Nothing is spelled out or summarized for you- it’s a lot like reading the fiction of Raymond Carver. The characters aren’t mouthpieces for exposition; the story is told in a very visual way that requires an enthusiastic, active viewer. The cinematography is beautiful, and so important to how this story is told. I want to read the novel, but I also want to give myself a few years to try and forget the plot details as best I can, because there are some shocking revelations to enjoy here.