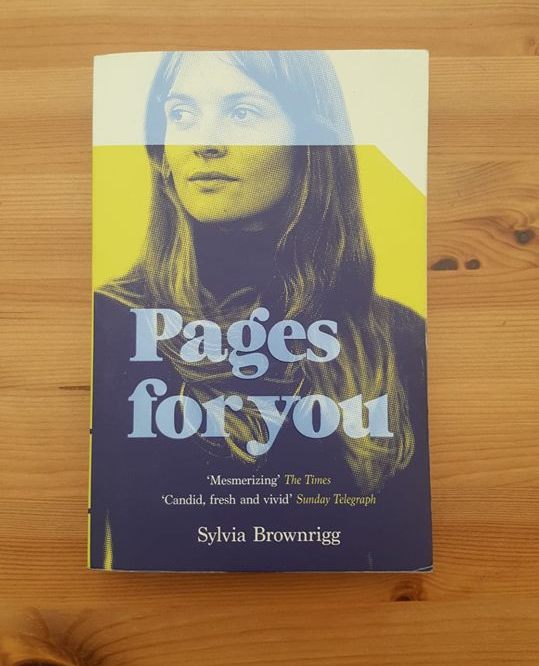 Before departing for the USA this summer, I decided to head to my local Waterstones and use up a couple gift-cards I had. My purchases really did seem like a “summer book haul”, reflecting the warm weather, travel, and sociability that was sure to come. The haul also reflected my recent reading choices and the desire to change things up. By the end of July I had just got done finishing Niki: The Story of a Dog and No Country for Old Men. One focused on politics, the other on violence. Both were written by men. Cormac McCarthy, in particular, is noted for writing terse, dispassionate, “manly” fiction, with very few female characters. Don’t get me wrong, I love McCarthy. He’s a genius. But I like to enjoy a variety of literary voices to freshen things up. Aside from the lack of female characters, McCarthy is noted for his interest in themes such as life & death, justice, violence, and he admits to having a dislike for novelists that focus on love and sex, such as Marcel Proust and Henry James. I more or less like both styles equally. My tastes in literature have become a lot broader in the last two years. I knew that I wanted a different voice to McCarthy before going back to him, but I didn’t know what I’d find when I reached the bookstore. I ended up getting several novels from a table with a sign saying “Summer Reads”, mostly by female authors, all of them foreign, and almost exclusively focusing on emotional themes such as love, desire, relationships, identity, loneliness et cetera. I tend to group these kinds of themes as being “human-oriented”, examining the human condition as it relates to individuals. The opposite approach, the way I see it, is a focus on themes such as society, power, justice, existence, politics, and all that, which I tend to group as being “concept-oriented”. They examine the human condition as it relates to groups of people and institutions. What does our political framework reveal about our nature? I don’t see either stylistic approach as being superior or more profound than the other, and what I choose really does come down to whatever I fancy in a given moment. On this occasion, as I said, I believe my choices reflected the season I was in, and my travels to come.

One of the books in the haul was a novel by the name of Pages for Her, written by American author Sylvia Brownrigg. The cover instantly caught my eye; a beautiful woman, natural-looking and unpretentious, staring off into the distance at something. The color scheme was very effective- there were echoes of pop art that accentuated the curious woman and made the book stick out from the pile. The blurb told me that the book was about a woman who reunites with the professor she had a short (but intense) affair with 20 years ago. It seemed like just the sort of thing I was looking for- something realistic and emotive that went to the heart of the soul. It was only when I got home however, that I discovered this new book (published in 2017) was in fact a sequel. I debated just reading it anyway. I’ve done that sort of thing before. But the book was promising to be a hit with me already, so I ultimately ordered the original- Pages for You– off of Amazon.

Which brings us to the topic of today’s post! Pages for You is a novel published in 2001 by Sylvia Brownrigg, that details the rise and fall of a love affair between Flannery, a curious student, and Anne, her sophisticated professor. That might sound like a spoiler, but it’s really not: it’s made clear at the beginning of the book that the narrator, Flannery, is looking back on a relationship that has concluded. In truth, Pages for You isn’t really the kind of novel you can spoil. You know what’s going to happen, and the way it happens doesn’t involve some shocking twist that subverts your expectations. So why read the book at all, if it’s a series of realistic, pre-determined events? I wouldn’t recommend this book to lovers of intricate plots. There’s no suspense here, no revelations, no red herrings. And yet I couldn’t put the book down. I breezed through it like a Liane Moriarty thriller. Pages for You is a character-driven book if ever I’ve seen one. It’s not plot-driven, but it’s no less compelling and addictive. It reads like a memoir, covering Flannery’s freshman year of college. Seeing the world through Flannery’s eyes, interpreted through her unique voice, is the greatest strength of the novel, and the reason I read it so earnestly.

Throughout the novel we are treated to an intimate account of Flannery’s feelings, perceptions, and thoughts, all of which are in flux. She’s not the same person at the end of the novel as she was at the beginning. She’s a fish out of water for a start, having traveled alone from her native California to Connecticut for college. She’s intellectually-curious, impulsive, goofy, creative, inelegant, anxious, and she wears her heart on her sleeve. She’s hungry for experiences. She challenges her self-doubt in order to explore and to learn. She’s not got any prior sexual experience to speak of. She unravels, her worldview expands, she discovers nascent truths about herself that catch her off-guard. I love the little details that highlight the clash of cultures between east and west. I love the way her impressions of New York are tied inexorably to the woman she falls in love with. Indeed, one aspect of the book that I have seen so many other readers praise, is its close examination of tiny, seemingly mundane details. Each chapter is about 1-2 pages long, and a given one might focus on her thoughts about nicknames, kissing for the first time, or simply holding hands. The minutiae of life, so often left unexamined by writers, is something that greatly interests me. It interests me because I often find myself fixated on small things, ascribing to them an inflated sense of importance. The sequence of little vignettes that cover Flannery’s freshman year each contribute to the central theme of her coming-of-age; Flannery’s journey to make sense of both herself and the world around her.

The catalyst for this journey is Anne Arden- a woman ten years her senior, whom she crosses paths with one morning in a diner. This event occurs right at the start of the book; it’s with Anne that this story begins and ends for Flannery. In short, the book is about the things Anne awakens in Flannery. Anne represents sophistication, knowledge, and confidence. She’s cultured and ambitious. She has an effortless sense of style and poise. She’s the reason the adjective “wry” was invented. She has a distinctive, mysterious, intoxicating aura that leaves people breathless and intrigued. Her sardonic remarks and sharp tongue can leave people cold, but as Flannery discovers, there’s a big heart underneath her armor. I’ve observed some readers complain that Anne seems one-dimensional, wishing that she were more well-rounded. However, I think the portrayal of Anne is justified because everything in the book is filtered through the lens of Flannery’s desire. It’s not Anne so much as Flannery’s experience of Anne, her image of Anne, the things Anne represents for Flannery. If we were to be given Anne’s perspective of events, then Pages for You would be an entirely different book. It wouldn’t be called Pages for You for a start. I’m hoping that the sequel explores Anne’s character more, because I think there is a lot to work with. It’s made clear throughout the novel that Anne has her own demons, insecurities, and troubled past. She has a life much bigger than just her affair with Flannery, a fact that becomes painfully obvious to the protagonist at the end. And as I said, that’s really what this book is about; Flannery’s affair with this enigmatic woman, and the idea that as big and special as it seems, there is an entire world beyond it.

I enjoyed this book. The format suited the theme very well. Not only did the short chapters and constant breaks help sustain my interest and increase my reading speed, but it gave the book a picaresque feel that I really liked. Each chapter had Flannery documenting a different aspect of her love affair, ruminating on it, musing about it, digesting the experience as a part of her personal growth. She has to come to terms with her obsessive, overwhelming sexual desire. Then she has to get used to the idea that she too, might be an object of desire, that unbeknownst to her she has an eroticism of her own. She describes being naked in front of someone for the first time. She discusses sleeping in the same bed as another person for the first time. She details at length what it feels like to be in a relationship, to feel anchored by someone, to be an anchor to someone. This is the heart of the book, the heart of what makes it a compelling read. What Flannery confides in us is resonant. I think we can all relate to Flannery. Her words touch our own lives and memories. The tangled mix of curiosity, jealousy, anxiety, pride, desire, possessiveness, and confusion that is the tapestry of the human experience. I encourage you to give this novel a try, especially if you are interested in character-driven fiction! I can’t wait to get started on the sequel.

One Reply to “Pages for You by Sylvia Brownrigg”