A couple months ago, my family and I took a trip to Andalucía. As we perused its quiet beaches and fishing villages, my brother and I decided we wanted to document our vacation in a creative way. We’re both people that get inspired by the aesthetics of a given place; the way a particular region or community’s identity is reflected in a consistent tone. We are both interested in the notion of place, and the way it lends itself to a distinctive aesthetic. But we wanted to discover the Andalucían place differently. Frank was drawn to its ambiance. He wanted to feel the pulse of these fishing villages. For him, that kind of life-force can only be derived from something that is animate. So he decided to make short films for each day of our trip, utilizing short clips and a still camera position. The still camera is important for capturing the ambiance, I think, because it meant that all the movement was coming from within the place itself. A moving camera would have diminished that life-force I think, and created a sense of distance between the viewer and the place. By having a fixed camera, he allowed the ambiance to assert itself. Short clips of gulls hopping out of the low tide, time lapses of meals in cafes, those were the kind of things he seemed to want. I, on the other hand, didn’t pursue the ambiance of the Andalucían place. I became interested in reducing it to a single image, a frozen moment in time, from which may be extrapolated the qualities of the viewer’s imagination. Frank wanted to capture the place as it was, whereas I wanted only to give an impression of it. We would see an empty, narrow alleyway in Seville and essentially take the same shot. I’d take a photo and he would take a video clip a few seconds long. And yet the resulting effect would be so different. Even though his camera would be still, and the empty alleyway devoid of activity, you still get that sense of life– be it a shift in the way the light falls on the wall, or a slight tremor in the air. When I went to Budapest in April, I took a lot of photos and I wrote a lot of haikus. Photos and haikus are very much alike; they’re both images. They’re a taste of something larger. You can sense the existence of that something larger when you see the image, and your imagination constructs it for you based on the taste you are given.

The area we stayed in was full of marshes and wetlands. I loved giving a sense of this low, unfolding landscape of reeds, muddy waterways, and marram grass by having the background out of focus. The color palette of the salt marshes was a dark, dry kind of green, which made the flowerheads stand out. 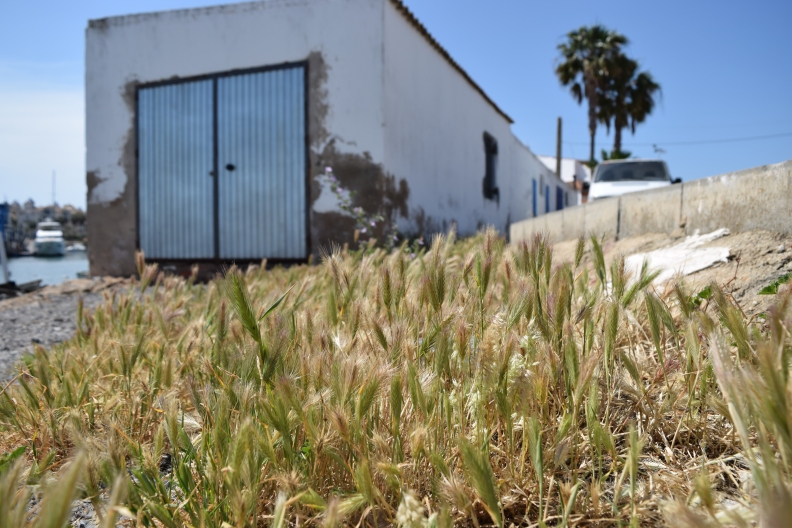 Feather grass has always intrigued me.

I find it hard to articulate why boardwalks are so exciting. 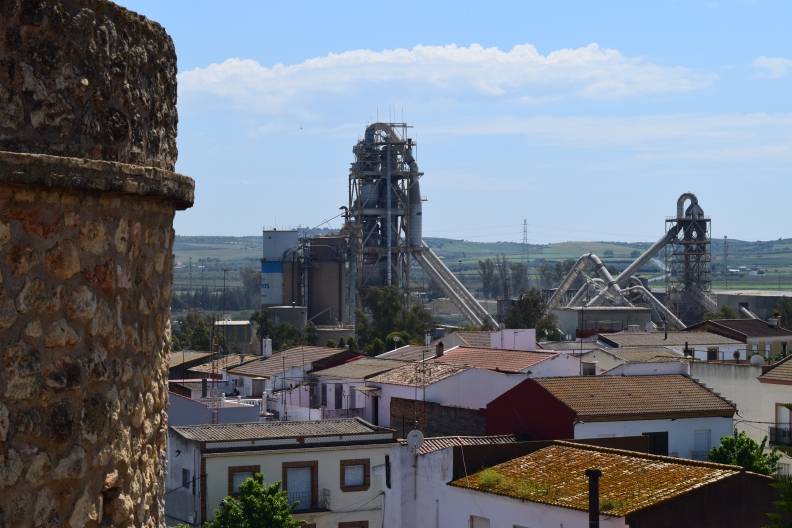 This is one of those “old juxtaposed with the new” photos. The views from the castle ramparts included a big-ass industrial plant. I’ve always found industrial aesthetics super-interesting. I’ll take any chance I can get to photograph a factory, warehouse, power plant, sawmill, or shipping container.

It’s interesting exploring small Spanish towns during a siesta. The whole place is deserted and the only sound is the trickling of a nearby fountain, like this one.

I’ve always been fascinated with stories of how places get their names. It’s funny how one tribe of people can give a place its name, and so the name of the tribe lives on millennia after it has disappeared. England literally translates to Angle-land. The land of the Angle tribe. But the Angles were just one of the many peoples that settled the island. There were Vikings, Danes, Celts, Iceni, Romans, Saxons, and Normans too. Today we think of the English as being one group of people, but no one in England thinks of themselves as a member of the Angle tribe. The Angles are dead. And yet we still use their name to identify ourselves. It’s the same in France, which gets its name from just one of the tribes that settled it: the Franks. And the Franks were German. Up until Napoleon came along, only 10% of the country even spoke French.

Andalucía gets its name from the Vandal tribe, who were just one of many that settled the region. The southern coast of the Iberian peninsula has long been a hotbed for various cultures. The blend of Hispanic and Moorish architectural styles in particular made Seville very beautiful, as you can see above!

While I was in Seville, an American student informed us that the entire cast of Game of Thrones were staying at a fancy hotel across the street. Before we knew what was happening, a good 50 people gathered outside the fence hoping for autographs and selfies. I waited for a long time, and when it became clear that they weren’t exiting the hotel, I found myself walking up to the front entrance in the hope of ambushing them in the lobby, or even the hotel bar. However a security guard told me to piss off.

But I did get to see one of the places they filmed Game of Thrones. I’m sure y’all recognize the above picture as the Dornish palace where that guy gets stabbed by Indira Varma.

Mazes always make me a little scared. Whenever I see one I recall a trauma from my childhood where I got lost.

In this photo I’m focusing on the column. Usually I do this with flowers, and I always position the flower to the side of the picture, like I’m doing here with the column. It’s not because I like flowers so much. I just like how a focused object- be it a column or whatever- has a way of framing everything else. It sounds strange to say, but when I take pictures like this, I’m actually more interested in what’s out of focus.

One Reply to “Flowers of Andalucía”