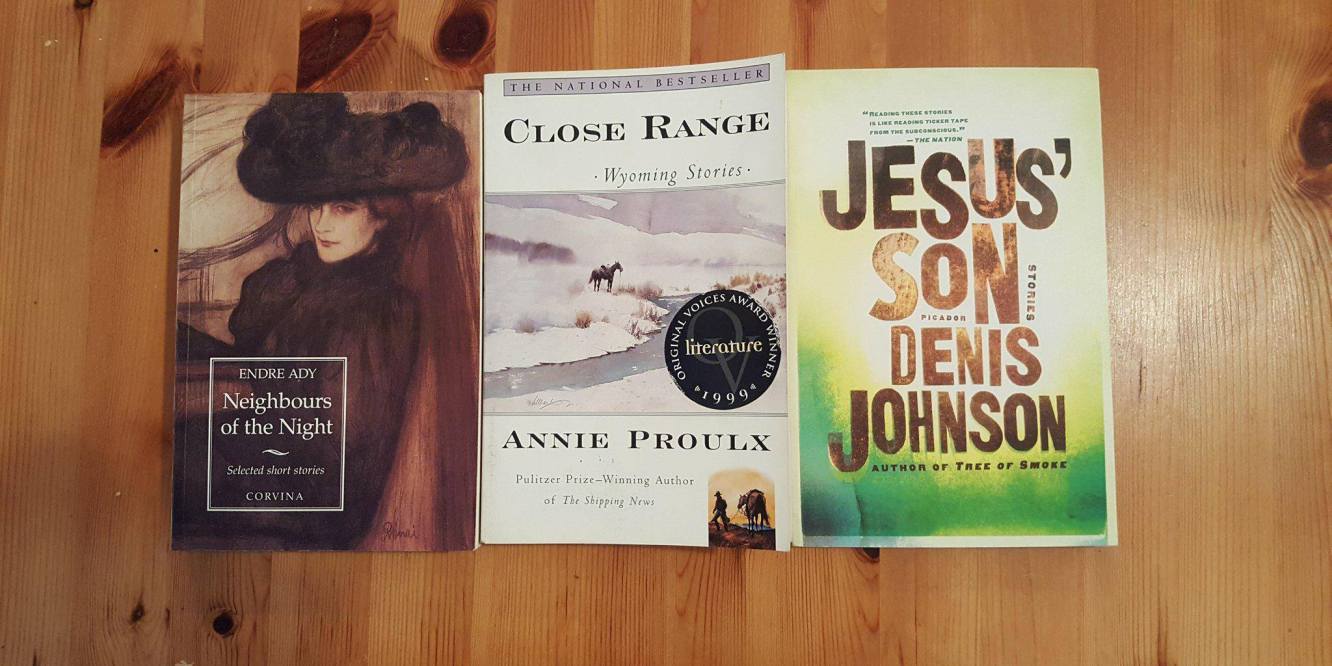 Today I’m doing a little short story roundup. I’ve recently submitted a few short stories to magazines and competitions, and I thought it might be interesting to share with you three of my favorite stories that I’ve been reading of late. In no particular order, here are three different short stories by three different authors, all of which have inspired my recent writing. 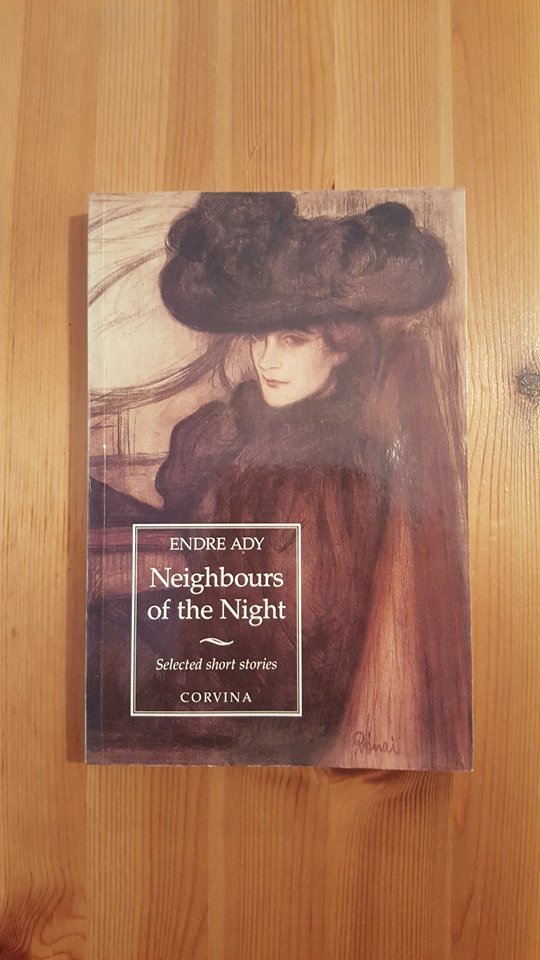 Collected in: Neighbors of the Night (1994, Corvina Books, Ltd)

Summary: On an estate in rural Hungary, a group of women work for 30 krajcárs a day (a paltry amount of money) hoeing beet. Two of the girls are gypsies (magyar cigányok) and all of them are desperately impoverished, living off of “bread and a slice of stale bacon”. Despite their economic equality, the Magyar women cling to a strong sense of racial superiority and refuse to drink from the same jug of water as the Roma women. The owner of the estate tries to resolve the issue by giving the Roma their own jug. However, the Roma women refuse to drink it, believing that they are entitled to the same water as the Magyar. This results in them nearly dying of thirst and the other women laughing at them. One night, however, as all the women sleep in the field, the two Roma women get up and search for the jug of water the Magyar women have hidden in a nearby grove. They find it and drink all of it in long, hearty gulps. In the morning, all the women get back to work and the Roma women are happy for once. Ady ends the story with the ironic line “This, then, is the way beet is hoed in our glorious Hungary”.

Why I LOVE this story: Endre Ady is one of the most respected figures in Hungarian literature, and considered the country’s most important and most-imitated poet of the 20th century. I’m going to resolve to read some of his poetry- for which he is primarily known- since I loved this short story of his. I like to think of Ady as being to poetry what Thomas Wolfe was to fiction, Kurt Cobain was to music, and Pistol Pete was to basketball; a brilliant comet of pure genius and raw talent, an indomitable soul whose legacy we can’t separate from his tragic end. When we look back on their creative fire we almost assume it was fated to happen. Ady passed away on January 27th 1919 after complications from Syphilis. I think his story “Hoeing the Beet” is a real testament to his character as a sensitive, fearless progressive. In many ways, the owner of the estate in the story, who is sympathetic to the Roma girls, represents the government of Hungary over the years and how it has approached what was once known as “The Gypsy Problem”. He is well-meaning but ineffectual. In the story we see a Hungary in which a certain amount of integration has been reached between the Magyar and the Romani, in that they are both equally exploited in an economic sense- and yet the lingering racism of centuries past still lives in the hearts of the women our protagonists work with. The sad conclusion from the story is that the racial hatred does persist- but that’s kind of why it strikes a chord with me. I don’t want stories that cheer me up and make me comfortable. As Debra Wilson, the actress of Wolfenstein 2’s Grace Walker, recently said “We don’t learn by being comfortable”. 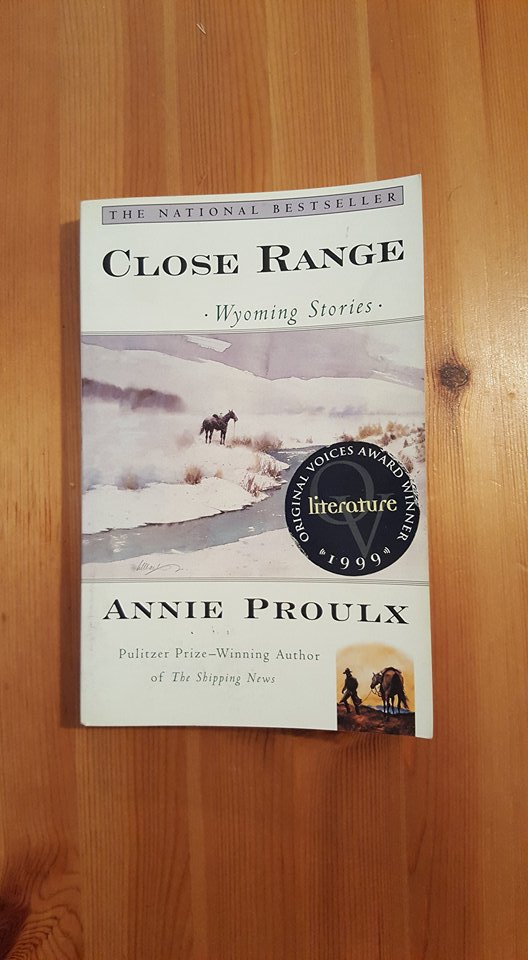 Summary: In Massachusetts, an 83-year old Mero gets a call from a woman saying that his brother Rollo has died. Mero, who left his family’s Wyoming ranch at the age of 23, and who has attempted in a variety of ways to bury the past, finally decides to head home and attend Rollo’s funeral. The story sees his physical and psychological deterioration as he drives across the country to Wyoming, in which many repressed memories from his childhood and why he left the ranch come back to him. Chief among them is a story his father’s girlfriend once told about a rancher named Tin Head, who has a galvanized metal plate sewn in his cranium that severely affects his brain functions. Supposedly, Tin Head was butchering a steer outside when he decided to take a break, eating lunch and taking a nap. When he comes back outside, he finds the steer gone. It then comes back, half-skinned and mutilated, fixing him with a hateful stare that he believes is the steer setting a curse on him. This story gives Mero a nightmare and he leaves home. After a problematic journey across country, Mero finds the Wyoming landscape much the way he remembers it- despite all his years trying to forget it. It’s night and snowing hard, and thinking he knows the way to the ranch, Mero ends up crashing the car and wrecking the engine. He attempts to find another ranch on foot he believes is nearby, before ultimately perishing in the cold. As he dies, he thinks he sees the half-skinned steer from the story glaring at him with a red eye.

Why I LOVE this story: Reading this short story gave me a classic case of “I wish I had written this”. I was just so completely in awe of it that I even felt a little jealous and disheartened. How could I possibly write anything ever again? I can’t believe Proulx’s genius has eluded me for so long as a reader. For those of you who don’t know her, the film Brokeback Mountain is an adaptation of a story from the same collection as “The Half-Skinned Steer”. She also won a Pulitzer Prize for her novel The Shipping News, which I also believe was made into a film. I’m not sure “The Half-Skinned Steer” has the same cinematic potential as “Brokeback Mountain”, as it is less of a straightforward narrative and more a haze of flashbacks and stories-within-stories. I think it would probably have to be a loose adaptation, with an expanded narrative. The characters and their conflicts are great film material however, and it’s probably the reason I love this story so much. It’s a dark, psychological narrative that explores themes of memory, death and sex. 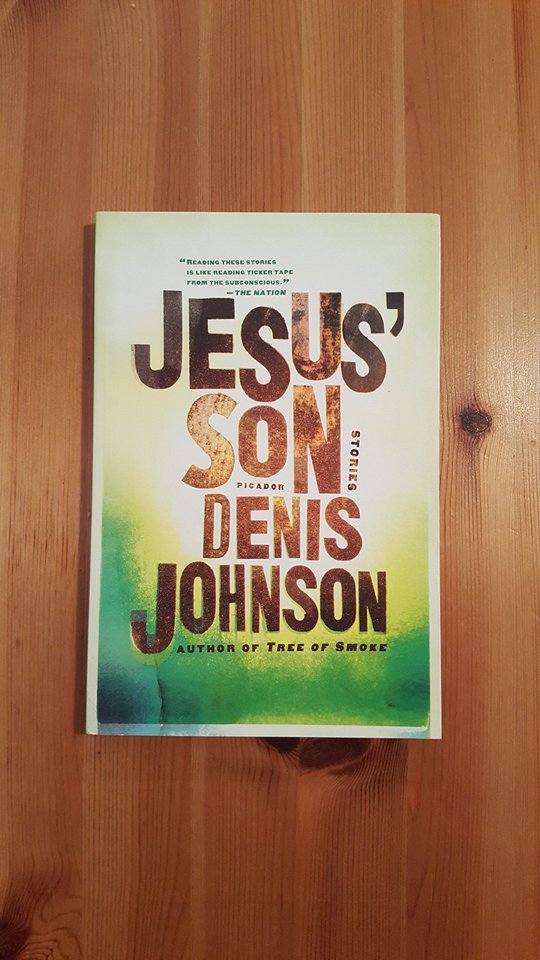 Summary: The story is narrated in the first person by a hitchhiker who claims to be prescient. Reporting the events of a single night as if outside of time, the hitchhiker recalls traveling with a Cherokee, a salesman, and a college student. Each of them share large quantities of drugs and alcohol with him, until eventually he falls asleep in a puddle on the side of the road. He is then picked up by a family and falls asleep in their car. The car later crashes headlong into a vehicle driven by a man who is apparently asleep at the wheel. The hitchhiker grabs the baby and tries to seek help from a reluctant truck driver. The police arrive and insist that he come with them to the hospital. There, the hitchhiker watches as it is revealed that the man in the family is dead. His wife screams, and the hitchhiker narrates “What a pair of lungs! She shrieked as I imagined an eagle would shriek. It felt wonderful to be alive to hear it! I’ve gone looking for that feeling everywhere”. The narrative then jumps forward a few years where the hitchhiker is now being admitted to a clinic for substance abuse. As the nurse injects him with vitamins, he hallucinates being in an idyllic, pastoral setting and claims that he cannot be of any help to anyone.

Why I LOVE this story: I was assigned Jesus’ Son in 2012 during my student exchange to the University of Wisconsin- Eau Claire. During a Creative Writing workshop class, we analyzed this story and Johnson’s distinctive writing style. What is so striking about this story in particular is how the fleeting, minimalist narrative is made large by the voice that underpins it. Johnson captures the altered mental state of a drug addict in such an unforgettable and fascinating way. The opening paragraph in particular made a huge impression on me, and influenced the way I wrote stories for years afterwards. I loved the crazy sentences that didn’t make logical sense, yet whose interesting word choices seemed to resonate somehow. Famed author Jeffrey Eugenides sums up the narrator (whose name is Fuckhead, by the way) thus “Fuckhead isn’t Jesus. He’s Jesus’s son, which is a different thing entirely. He’s a person graced with an intuition of heaven who still lives in hell on earth”.

Thank you so much for reading! These are the short stories that have particularly influenced me of late. What are your favorite short stories? Let me know in the comments!