Any discussion of the games of my childhood begins with Rayman 2. This was the first game I had that became an obsession for me. Looking back, I find it interesting that the game made such a strong impression on me, and I am curious as to why this game stood out above the many others I played and enjoyed. I suppose it is necessary to begin with a brief description of the kind of kid I was. As a child I was extremely hyperactive and I spent hours upon hours playing with my imagination, perhaps years after other kids my age had stopped. Exotic or fantastical universes made a great impression on me, and little obsessions would continue to dominate my life right up until my teenage years. Hell, when I was 12, and the other boys in my school were learning all the filthiest swear words and how to unhook a girl’s bra, I became known as the kid that drew pictures of various subspecies of dragons that I laminated into trading cards. You can just imagine what a hit I was with the chicks. Anyway, I was introduced to Rayman 2: The Great Escape when I was about 8 years old, after my brother had been given the PC version of the game for his birthday. In short, it’s about a bipedal sausage dog with no limbs who can shoot balls of energy out of his levitating palms. He lives in a world that aesthetically resembles French faerie tales (think the Smurfs, but with more biomes) called The Glade of Dreams, which is being invaded by a race of sentient, genocidal robotic pirates whose armada has recently wiped out 100 other planets Alderaan-style prior to arriving. I fell in love with the wonder and whimsy of the game’s setting, and frequently drew pictures of the game’s iconic creatures and characters; the margins of my school books were full of giant piranhas, zombie chickens, ninja robo-pirates, and that mystical humpback whale. My obsession even got to the point where my teacher asked me once “What’s that character you’re always going on about?”. When I gave Rayman as my answer, she said that she was filling out my report card to say I had been well-behaved that day for not mentioning him once. Ultimately, I feel like this game paved the way for the games I would come to love as an adult; single-player, story-driven adventure games and RPG’s with exotic settings like Elder Scrolls, Mass Effect and Fallout. 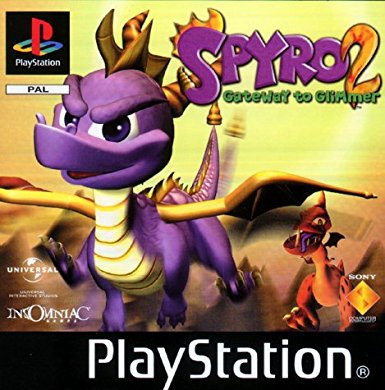 A big reason why I love discussing with people the games of their childhood (and also, why I decided to write this post) is because everyone usually has an interesting story to tell. Back then, I didn’t have access to things like the internet, and I wasn’t old enough to get the bus to the city and check out the game store for myself. So what games I got were usually based on word of mouth. I had a friend around the age of 8 or 9 who lived just a few doors down the road from me. I am sure this will seem strange to my American readers (particularly the Texans), given that I am from a small town in the English countryside, but my friend’s mom at that time was the teacher of a popular Line Dancing class on Friday nights. I would go along, and we would dance, but most of the time he and I just hung out. Sometimes, after the class I would be allowed to go back to his house (since he lived so close) and there he introduced to me to two game series that would come to dominate my childhood: Croc and Spyro. Much like Rayman, they were platform-adventure games set in bright, exotic universes rich with fantastical characters and environments. I’ll give brief synopses: Croc details the story of a baby crocodile who arrives via hot air balloon to a lush valley inhabited by a race of magic-wielding Furbies. They live an idyllic life that gets interrupted by a Stalinist tyrant who presides over a race of homicidal frogs that have these fixed, creepy-ass grins. I remember being quite freaked out by them as a kid. During the opening cutscene of Croc 2, one of the cuddly little fur-balls gets cornered by a gang of the grinning frog-things, and the screen fades to black. The same friend that introduced me to Croc used to try freak me out by saying that the reason the screen faded to black was because the fate of the little creature was so horrifically violent, that it was banned from being shown in the game. And me, being the gullible numpty I was back then, believed with my whole heart that some kind of sadistic gang-rape and subsequent cannibalization had taken place, and that footage had been banned upon release. I loved both Croc and Croc 2– both were imaginative, fantastical adventures with bright colors and a variety of settings and characters. Croc 2 is notable insofar as it had a hub world that one could explore more or less openly, and then enter into mission areas; sort of paving the way for my later interest in open world RPG’s. Another interesting point worth noting is that the central conflict of Croc is very similar to Rayman 2. Both are peaceful, idyllic realms that get invaded by totalitarian societies whose main aim seems to be the genocide of the native, pacifist inhabitants. I find it intriguing, because I’m wondering how I would approach Admiral Razorbeard and Baron Dante if I were writing a literary essay on them the same way I would Claudius or Iago. There’s no other way of saying it, other than that their machinations constitute a holocaust. Fascinating. They are evil without qualification, and as a kid I never thought of things like ethnic cleansing as a subject.

The other game my friend introduced me to was Spyro 3: Year of the Dragon. I was instantly attracted to it and it followed the style of Croc, Rayman, and Crash Bandicoot as a 3D platformer with a dazzling array of exotic locales. Another theme of these games, one that is most exemplary of the Spyro series, is that each mission would have its own little theme, biome, and culture. I begged by dad to get me Spyro 3, but he came home saying that all he could find was Spyro 2: Gateway to Glimmer. I played it and adored it, and later on down the line my father was able to pick up Spyro 3. What I love about discussing childhood games, and the reason I am sharing these stories, is I love getting a sense of other people’s nostalgia. I revisited Spyro 2 during my time living in Eau Claire, WI, where I learned that the Spyro series was as nostalgic and important to my roommate and his siblings as it was to me and my brother. I also found it interesting that for Americans, Spyro 2 had the subtitle “Ripto’s Rage” instead of “Gateway to Glimmer”. My roommate and I will still talk endlessly about how we acquired these games before the onset of financial independence, and we love recounting some of our favorite levels from Spyro 2 & 3, like “the one with the ice hockey mini-game” or “the one with the robot farm!” or “the lava level with the Flintstone-esque savages and the rapey theropods”. If I had to sum up Spyro 2 in a sentence I’d say the game told the story of a teenage dragon and his mate Sparx, a dragonfly with magic powers, and how they get summoned to a different plane of existence by a sentient mole known only as The Professor, in order to rid their realm of some hellish demons that the Professor had inadvertently summoned. I know nostalgia has a way of obscuring a game’s flaws, but I honestly can’t recommend this game enough!

As a kid I had this weird thing going on where, if I hadn’t been the one to discover it, I would condemn something before trying it. I turned up to school one day and all the other kids were raving about this Pokemon thing. For some reason this gave anxiety, and for a while I said I hated it, and largely it was because everyone else loved it. Then, inevitably I gave in and became the biggest geek in class. I feel like those Pokemon games that came out for Gameboy Color and Gameboy Advance are worth mentioning on this list, because they were the first true open-world RPG’s that I played. They also formed an important part of my childhood and had a social component to them that the other games on this list did not. As I stated before, these are all games that were attained before I reached the age of financial independence, or the ability to research games on Youtube or the internet to see what I might like. Therefore, they could be gotten one of two ways: as a randomly-selected gift from my parents or as something I requested of them having heard about said game from my school friends. Pokemon definitely fits into the latter category. Every boy in my tiny school (there were literally about 12 of us in our grade) had a version of the game, be it Yellow or Blue or whatever. I remember at first that getting the games, which were essentially about taming wild creatures with psionic powers, was slightly controversial. My parents were hesitant about it, and even after they relented and got my brother and me the games, they regarded them with contempt, and admonished us for playing them too much. I remember coming in the living room one time whilst the 6 o’ clock news was on, and there was a story about a wave of crime related to the collecting of the trading cards off of which the games were based. There were reports of fights and robberies, and I distinctly recall being left with the feeling that if you carried cards around with you, you might get beaten within an inch of your life by a bunch of working class thugs with sparrow-like faces pointing sharply out of flat caps. My most vivid memory of playing the series is my tenth birthday, when I got either Pokemon Silver or Pokemon Crystal. I know I had them both, but I can’t remember when I got them. That day I had all my friends from school over and we were gonna hit up the tobogganing slopes and go for dinner. I remember sitting on the couch before we left and having my friends sitting around me and watching me receive Cyndoquil- perhaps my favorite all time Pokemon- at the beginning of the game. I found the creature so cute that I refused to evolve him, and tried to get him to level 100. Ultimately, I have some great memories of playing these games, and whenever my family went on vacations to places like France or Wales, my little brother and I would be playing our Gameboys in the back of the car. The music used to infuriate my dad, and we were made to turn it down. Whenever we arrived at our destination, my brother and I would still be playing, and insisting that we couldn’t leave the car yet because “you can’t save the game during battles”.

I hope you enjoyed reading my nostalgia trip. Please comment and tell me about the games of your childhood!

One Reply to “Games Of My Childhood”