At the moment I’m in the middle of reorganizing my bookshelves. I’ve got too many books and too little space, as evidenced by the tall stacks that have formed across my bedroom floor. My main bookshelf is two rows deep, and for the first time in a decade I’ve been able to get my hands on the books at the back. This provided an ample opportunity for me to do a little post about the books of my childhood- or more specifically, those books that established me as an independent reader. I always enjoyed English at school and my parents read to me before bed from an early age, but I would say I discovered my love for reading around the age of 10 and 11. That’s when reading became a habit, something I would do on my own time for my own enjoyment.

It all started about a month before my eleventh birthday. I was in my last year of primary school here in the U.K and our teacher that year was a Utah native by way of Canada. She introduced to us this series of American children’s books called A Series of Unfortunate Events, and as a class we read the first of those books- The Bad Beginning. I enjoyed it so much that I asked my mom to get it for me so I could read the novel myself, in its entirety, at my leisure. I got hooked on them and ended up reading the first ten books in the series in the space of a month. That really signaled the start of my independent reading. From thereafter it became not only a hobby, but a lifestyle, and one that was undertaken with the utmost seriousness.

Looking at these old books now, I can trace my evolution as both a reader and a writer to three pillars of reading. Of course, the first pillar was…

A Series of Unfortunate Events

Opening Sentence: “If you are interested in stories with happy endings, you would be better off reading some other book”.

Trivia: These books served as the foundation for almost everything for me. As the years passed however, I began to forget where it all started- my love of literature and my love of writing. It wasn’t until the Fall of 2013 that I thought about them again. I was out grocery shopping in Winchester with my housemates when I saw a jar of Puttanesca sauce. It triggered such a strong sense of déjà vu that I had to buy it. I still had no idea why it was so affecting, so I called my brother and asked him if we ever had Puttanesca as kids, or some memory associated with it. I wanted to know why it was so damn important. He had no idea, so I called my mom. She somehow remembered that I had read The Bad Beginning as a kid and had mentioned to her that the Baudelaire orphans make Puttanesca for Count Olaf.

Opening Sentence: “Mr and Mrs Dursley, of number four, Privet Drive, were proud to say that they were perfectly normal, thank you very much”.

Trivia: I would say the audio books narrated by Stephen Fry were as significant to my development as the books themselves. We used to listen to them on cassette tapes on long car journeys. They were a real life-saver because I was the kind of kid that’d be saying “Are we there yet? Are we there yet? Are we there yet?” every five miles. I’d say these books were the basis for a lot of my early writing techniques. I remember emulating Rowling a lot in stories I wrote for English class in school, imitating the tone of her prose, the kinds of phrases she used, the way she described characters. My favorite of the series is The Chamber of Secrets, closely followed by The Prisoner of Azkaban. I don’t really like them after The Goblet of Fire, and I stopped after I read The Half-Blood Prince. However I know how it ends because my American roommates and I did a marathon of all the movies! 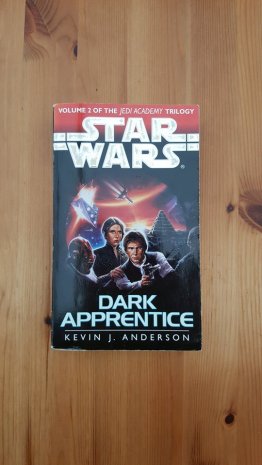 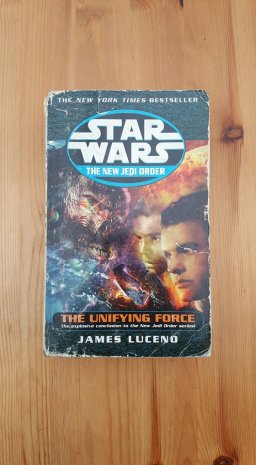 Author: Various. I always liked Kevin J. Anderson the best; his style made a particular impression on my writing.

Opening sentence (The Unifying Force): “Selvaris, faintly green against a sweep of white-hot stars, and with only a tiny moon for companionship, looked like the loneliest of planets”.

Trivia: Once I had gotten into the habit of reading, it wasn’t long before I started to think about what books I really wanted to discover. And there was nothing more dear to my heart during my childhood than Star Wars. It was in late 2004, after my 12th birthday, that my love of Star Wars reached an absolute fever pitch and I started picking up the books. These novels will always be special to me, because I have such fond memories of reading them. The first one I got was Dark Apprentice by Kevin J. Anderson. I adored it. I began to write self-insert fan fiction, depicting myself as the heroic Jedi Padawan on an epic journey. It was a fun time, and for a couple years I had no ambition beyond reading Star Wars and writing Star Wars. I later read The Unifying Force by James Luceno, and it stands as a significant book in my reading history. It was the first time I felt proud of having read a book, and it was also the first long book that I had ever read. I got it because I was intrigued by the cover, even though I had never read the others in the series. After starting the book two times and giving up after each attempt, I figured I would never read it and it just couldn’t be done. But I gave it a third shot and surprised myself by sticking with it. It might not seem like a great achievement compared to reading The Sound and the Fury, but I actually consider The Unifying Force the bigger hurdle in my reading history.

5 Replies to “The Books Of My Childhood”